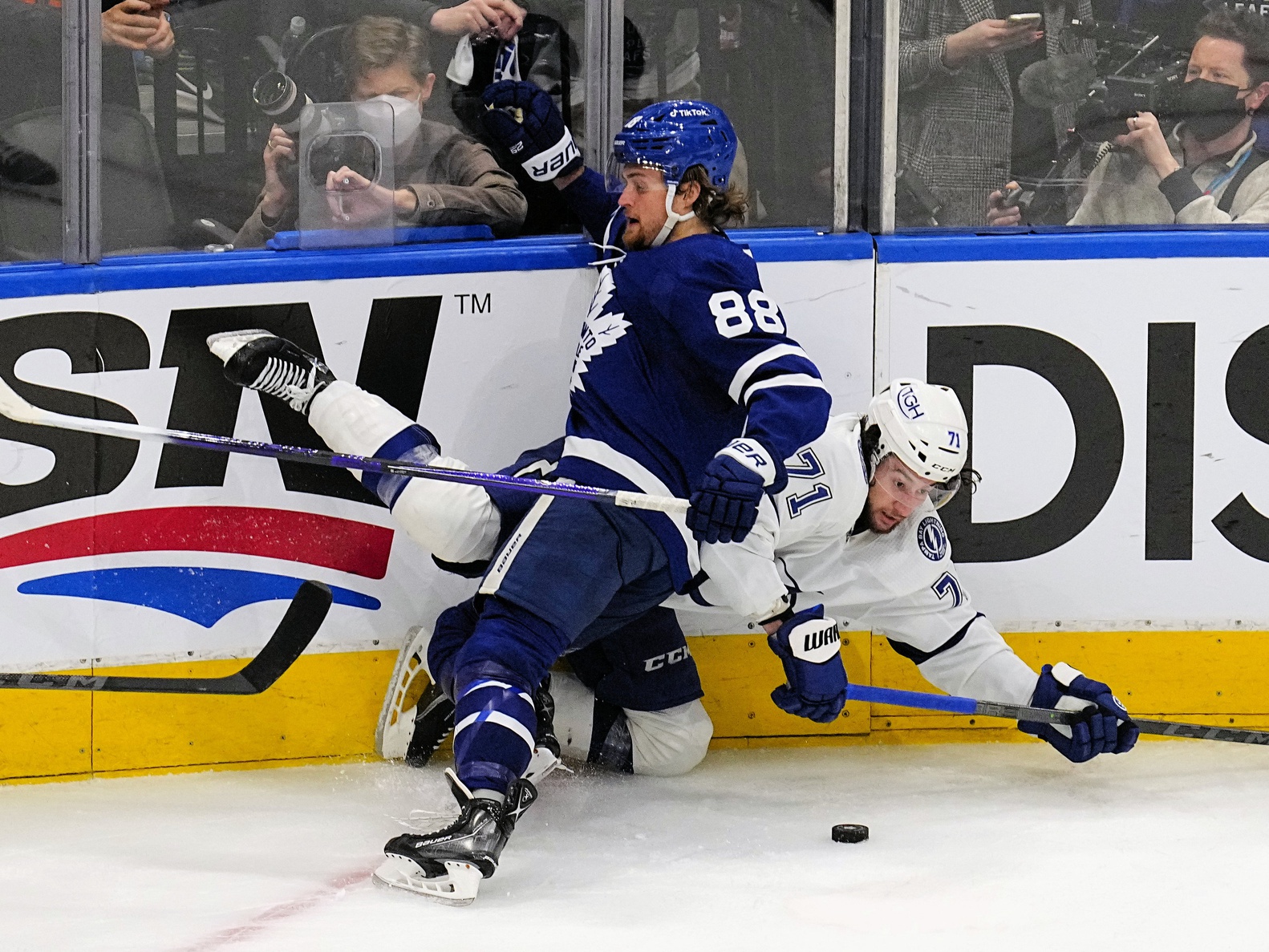 When the Leafs drafted William Nylander in the summer of 2014 his Twitter bio simply said “Puck me ;-)”. Nine years later it says the exact same thing except for the sloppy addition of “Toronto Maple Leafs” to that line below its handle.

And I think that’s all I need to know about Nylander: He’s on the Toronto Maple Leafs and he wants the puck. A truly perfect player.

Nylander has had a rough ride for most of his time in Toronto, mainly due to the heavily-bought-in perception that he doesn’t give a shit…about, well, anything. There’s the media waiting for him to grab a clip to end a hit, or not skate hard enough to the bench on a changeup. He’s been put under the microscope for a variety of reasons, but I think most of us know it’s mainly because the Canadian hockey media still has a hangover. “Nordic” Players need to be held to a different standard of care, and the reason, honestly, is probably Nylander no Give a shit and I mean this the best way possible.

I don’t recall Nylander ever being upset by Steve Simmons’ vitriol. as far as i know Dave Feschuk never visited his parents’ house. He seems to have avoided controversy for nearly a decade in a market that would probably get him more than any other player on the roster. Because he a) is on the Toronto Maple Leafs and b) wants the puck, and that’s about as far as he’s publicly concerned. It’s a very effective formula for dealing with what often comes with Toronto, which has really burned players like Kessel and Phaneuf in previous eras.

And I think it comes back to playing better from Nylander, especially in high-stakes moments. The Leafs have (somewhat rightly) been crucified for their recent lack of playoff success, but outside of some flashes from Matthews and some dazzling displays from players like Kerfoot and Spezza over the past few years, it’s hard to argue against Nylander as their best playoff performer. . He is, at the very least, their most consistently strong player in the postseason over the past three years or so. He was a point-per-game player during that time (19 of 19) and scored at a 43-goals-per-82 game pace, the same rate as this career year.

And don’t get me wrong. I don’t think Nylander is detached or disinterested in what it means to be a Leaf, or the importance of winning games and (hopefully) championships. By all accounts he’s bringing outreach to fans and all things important in giving back to the communities he plays in. His work ethic is absolutely there and he might be the best-conditioned player on the entire team. He just, obviously, doesn’t seem to care about fabrication. And there’s plenty to see and do in Toronto.

Players handle that Toronto pressure (good and bad) differently. I think John Tavares probably recognizes that and leans into it the most as a captain, but is able to rise above it. Matthews can get rattled by it sometimes, especially in media scrums, but I don’t think his play suffers too much from outside noise. That probably goes for Rielly. Marner, a Toronto lifer, seems to have been most affected by both his playoff performance and some odd public incidents (like the Keef thing earlier this season).

I think, after all, Nylander can handle it best.

With all the knives that are constantly out for him and trade rumors to take him out of town, maybe the rest of the team takes too much from his approach and maybe we underestimate his value as a quiet team leader. .

This may seem odd to many, but when this regular season slog ends and the inevitable playoff series with Tampa begins, the player I’ll be least concerned about on the entire club is William Nylander. Even putting aside his very impressive numbers, that has to count for something.