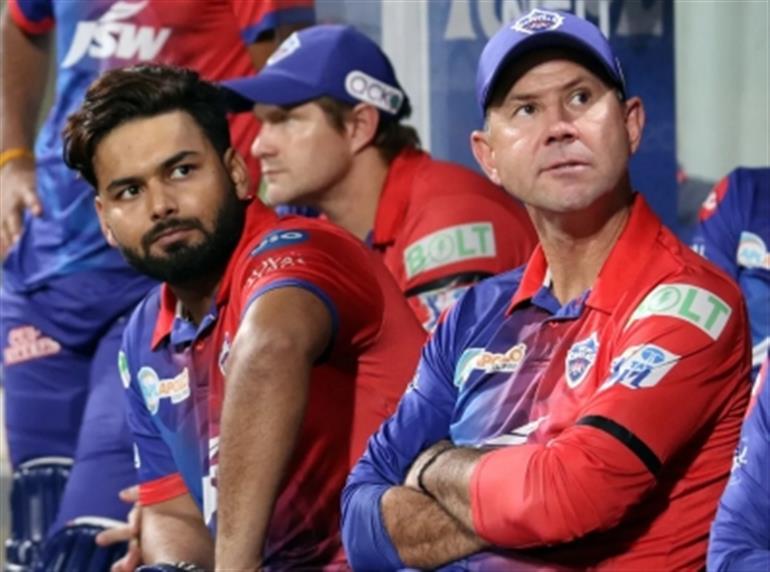 New Delhi: Delhi Capitals head coach Ricky Ponting has said he would prefer to keep Rishabh Pant in the side for the 2023 Indian Premier League (IPL) if the left-handed wicketkeeper-batsman is not physically fit to play in the tournament.

Around 5:30 am on December 30, Pant, 25, miraculously survived when his car collided with a road divider and caught fire on the Delhi-Dehradun highway. The fatal car accident took place between Mangalore and Narsan in Haridwar district of Uttarakhand state.

Pant was initially taken to Saksham Hospital Multispeciality and Trauma Centre, before being admitted to Max Hospital in Dehradun for further treatment of multiple injuries. On 4 January, the Board of Control for Cricket in India (BCCI) announced that Pant would be shifted to Mumbai by air ambulance for surgery and further treatment.

Pant, who also captained Delhi Capitals in the IPL, is now on a long road to recovery and is under the direct supervision of Dr Dinash Pardiwala, head of the Center for Sports Medicine and director of the Arthroscopy and Shoulder Service. Kokilaben Dhirubhai Ambani Hospital in Andheri West, Mumbai.

“You can’t replace those guys, that’s simple. They don’t grow on trees, players like that. We have to look – and we already have – a replacement to come into the squad, a wicketkeeper-batsman.”

“I want him sitting next to me in the dugout every day of the week. Even if he’s not physically fit enough to play, we’d love to have him around. He’s kind of a cultural leader around the team, as a captain, and he has that attitude and infectious smile and The smile we all love him so much.”

“If he’s really able to travel and be around the team, I want him sitting next to me in the dugout every day of the week. I’ll definitely make sure, come mid-March when we get together in Delhi and start. Our camp and stuff, if he’s there. If there is, then I want him full-time,” Ponting said on the ICC Review Show.

Pant’s return to cricket after a full recovery from multiple injuries remains unclear, with India missing the four Tests against Australia in the Border-Gavaskar Trophy starting February 9 in Nagpur.

Ponting believes that Pant’s Test batting brilliance will be a huge loss, not just for India, but also for fans of the game who were hoping for a repeat of his 2021 heroics during the incredible 2-1 series win in Australia. As of now, Pant is ranked seventh in the men’s Test batting rankings.

“When he first started, we probably all thought he was going to be a better T20 and ODI batsman than a Test batsman, but it actually worked out the other way around. His Test cricket is phenomenal.”

Australia’s two-time ODI World Cup-winning captain Ponting revealed that he has been in touch with Pant for the past few days. “I absolutely love the bloke, I told him that on the phone the last couple of days. It’s been a terrible time, a really scary time for anyone, let alone him.”

“Everyone who knows him loves him – he’s a really infectious young man who still has the world at his feet. So we’ll keep our fingers crossed and hope he can get back into the game soon.”