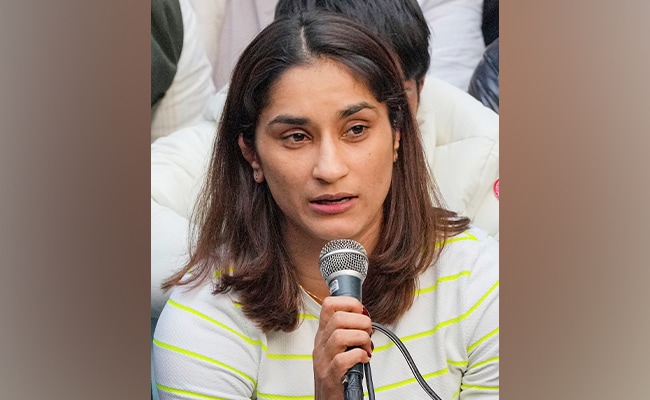 The #MeToo war between some of India’s most decorated wrestlers and Wrestling Federation of India (WFI) chief Brij Bhushan Sharan Singh continues, with the sports ministry also involved. A 5-member monitoring committee has been set up to run the day-to-day operations of the WFI until the probe is over, with wrestlers like Vinesh Phogat hopeful that their grievances will be addressed. While WFI chief Brij Bhushan Sharan Singh has denied all allegations leveled against him, Vinesh took to Twitter, suggesting that his faith is still intact.

“Truth can be hurt but not defeated,” Phogat wrote in a tweet, originally in Hindi.

Truth can be afflicted but not defeated.

After protesting for days at Delhi’s Jantar Mantar, the wrestlers ended their protest claiming to have received some assurance from the Sports Ministry.

The wrestlers ended their protest late on Friday after achieving a breakthrough during a marathon second round of talks with Tagore.

“The WFI president will not discharge his duties and stay away from the day-to-day affairs of the WFI. The day-to-day work of the WFI will be looked after by the Oversight Committee for their mandated period and it will also conduct a serious inquiry into the allegations against the WFI and its head,” Thakur said.

“Within the next one month, this committee will talk to all parties to investigate the sexual allegations and other complaints and submit the report. Until then all the day-to-day decisions and functions of the WFI will be taken care of by this committee,” he added.

Aggrieved wrestlers, including Tarun Anshu Malik, Sangeeta Phogat and Sonam Malik, among others, staged a sit-in protest at Jantar Mantar on Wednesday and demanded the sacking of the WFI chief.

The wrestlers demanded that the WFI be dissolved immediately and a new panel formed, which would include grapplers.