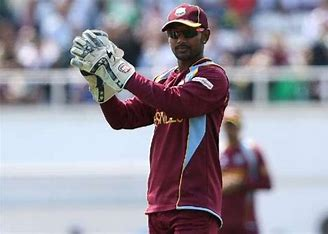 From Adam Gilchrist to MS Dhoni, the game of cricket has seen some of the best wicketkeepers play the game. Here we have compiled a list of top 10 wicket keepers in the world. Check the full list now.

The game of cricket has seen many wicket-keepers who have left an indelible mark on the game. We have compiled a list of top 10 wicket keepers in the world which lists all the greats of the game from past to present.

Quinton de Kock is one of the best wicketkeepers in modern day cricket and a very good attacking opener who plays for South Africa in T20Is and ODIs. De-Kock announced his retirement from Test cricket in 2021 to focus more on white-ball cricket and his family.

Till date, de-Kock has played 255 international matches and has been instrumental in 511 dismissals.

Jeff Dujon is known as the best wicket-keeper in West Indies cricket. Dujon played at a time when the famous West Indian pace battery was in place. He has 474 dismissals in his career.

Brad Haddin was one of Australia’s best wicketkeepers along with Rodney Marsh, Adam Gilchrist and Ian Healy.

He played as a substitute for Adam Gilchrist in his early days in international cricket. His career spanned 14 years in which he played 226 international matches and made 474 dismissals.

Rod Marsh was one of the most prominent wicket-keepers of the game in the 70s and 80s. He played 96 Tests and 92 ODIs for Australia. He has 479 dismissals in 188 international games which can be impressive.

5th in the all-time list is Ian Healy who played for Australia over an 11-year career.

He is considered one of the best pure wicket-keepers in the game and is the first wicket-keeper to have 600 dismissals to his credit. What was remarkable about his achievement was that Healy did it in less than 300 matches.

Kumar Sangakkara was a dashing left-handed Sri Lankan batsman and wicket-keeper, instrumental in Sri Lanka’s emergence as a batting powerhouse along with Mahela Jayawardene.

Sangakkara holds the record for most runs and centuries by a Sri Lankan batsman and is also regarded as one of the best wicket-keepers in the world.

MS Dhoni is one of the greatest cricketers ever to have played the game, a successful captain and the only captain to have won three ICC tournaments. Apart from that, he was regarded as one of the best finishers in the world.

He was also blazing fast behind the wicket with 829 dismissals in 538 international games.

Mark Boucher holds the record for the highest number of dismissals by any wicketkeeper in the history of the game. Boucher played 467 international matches and racked up 998 dismissals in his career.

He was one of the best wicket-keepers who played the game.

At the top of the list is Adam Gilchrist who is considered as the best wicketkeeper in the game of cricket till date due to his amazing record.

Gilchrist was not only secure as a house behind the wicket, he was explosive at the top in ODIs and provided much-needed stability to the lower order of the Australian Test team.