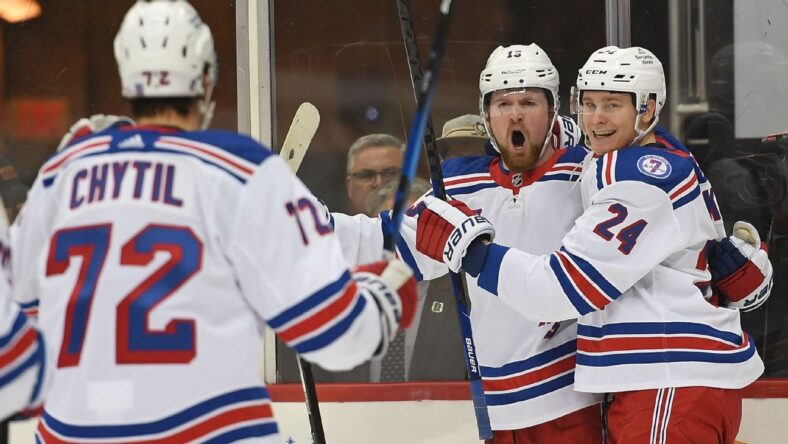 Per Vince MercoglianoNY Rangers The kid line has been reunited. Gerard Gallant In an attempt to find serial crime, he’s probably doing more than he needs to.

Brodzinski Kidd looks like an extra on the line, followed by Kravtsov, Leschyshyn, Blais and Gauthier skating fourth. #NYR

It makes you wonder if the kid line is third line or second line, but ice time will be the determining factor. That Vesey-Trocheck-Goodrow line could also be a nice shutdown line.

Don’t know what Vitaly Kravtsov did to finish on the fourth line, but here we are again.