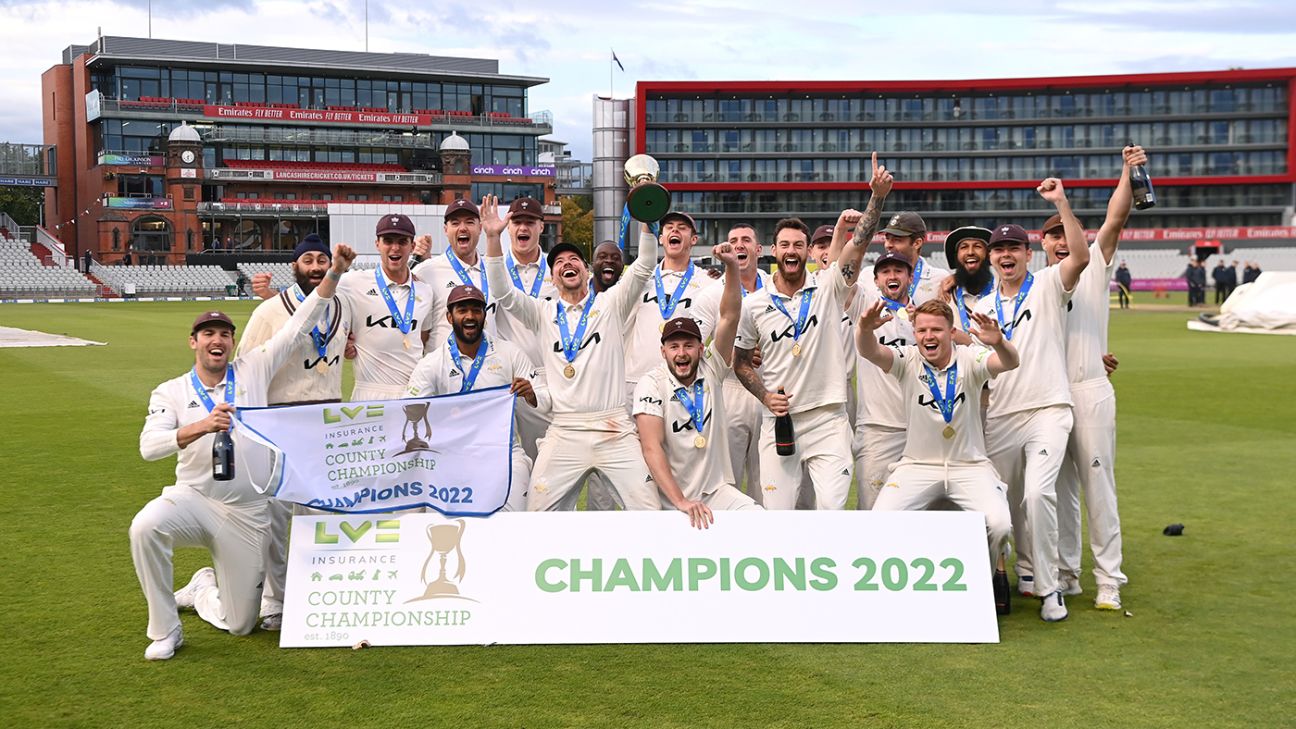 The ECB is looking for three new major sponsors, after LV=Insurance and Cazoo both joined Royal London in not extending their partnership with English cricket.

Cazoo, the Hundred’s first two-year title sponsor, has confirmed it will not be involved in this summer’s third leg, while LV=, which backs men’s and women’s Test cricket as well as the County Championship, is signing off at the end of the 2023 season which will feature the pair’s Ashes series.

“We thank Kazoo for their excellent support during the first two years of HUNDRED,” an ECB spokesperson said. “We are really proud of the various partners who have helped establish the Hundred and opened the door to cricket.

“We look forward to announcing more new partnerships as we approach the third year of the competition.

“We are very grateful to LV Insurance for their support of cricket in England and Wales. As well as partnering with England Men’s and Women’s Test Cricket and the County Championship, they have done a huge amount for grassroots cricket, including £1m Funds4Runs. Initiatives

“With an exciting summer of cricket ahead – including the men’s and women’s Ashes – we look forward to working together in the final year of this partnership.”

The ECB is understood to be confident of securing an alternative backer for the Hundred – particularly in light of new chairman Richard Thompson’s £1billion valuation of the tournament. Following a recent £400million offer from a private equity firm.

However, the withdrawal comes at an awkward time for the game, with the imminent release of a report by the Independent Commission for Equity in Cricket expected to deliver a scathing verdict on the game’s handling of the recent apartheid crisis.

And while Cazoo was withdrawn in 2022 amid a business restructuring after the company’s share price fell by 93 per cent, it is also understood that the presence of a rival online car-hire firm Cinch as the England team’s main shirt sponsor caused tension – a situation the team’s new shirt. 2017 marks the withdrawal of long-time Test supporter Investec from the sport, following the introduction of NatWest as a sponsor.

Royal London, meanwhile, withdrew from sponsoring domestic and international 50-over cricket in December, partly due to concerns about the format’s alignment, with the arrival of the Hundred reducing the county competition to second-tier status.

Heather Smith, managing director of LV General Insurance, said: “We are looking forward to a hugely successful summer of Ashes cricket but our sponsorship will come to an end when the 2023 cricket season ends.

“We have always said that we will be partnering with the sport until 2023 and we feel that the time has naturally come to pass this great sponsorship opportunity on to someone else.”