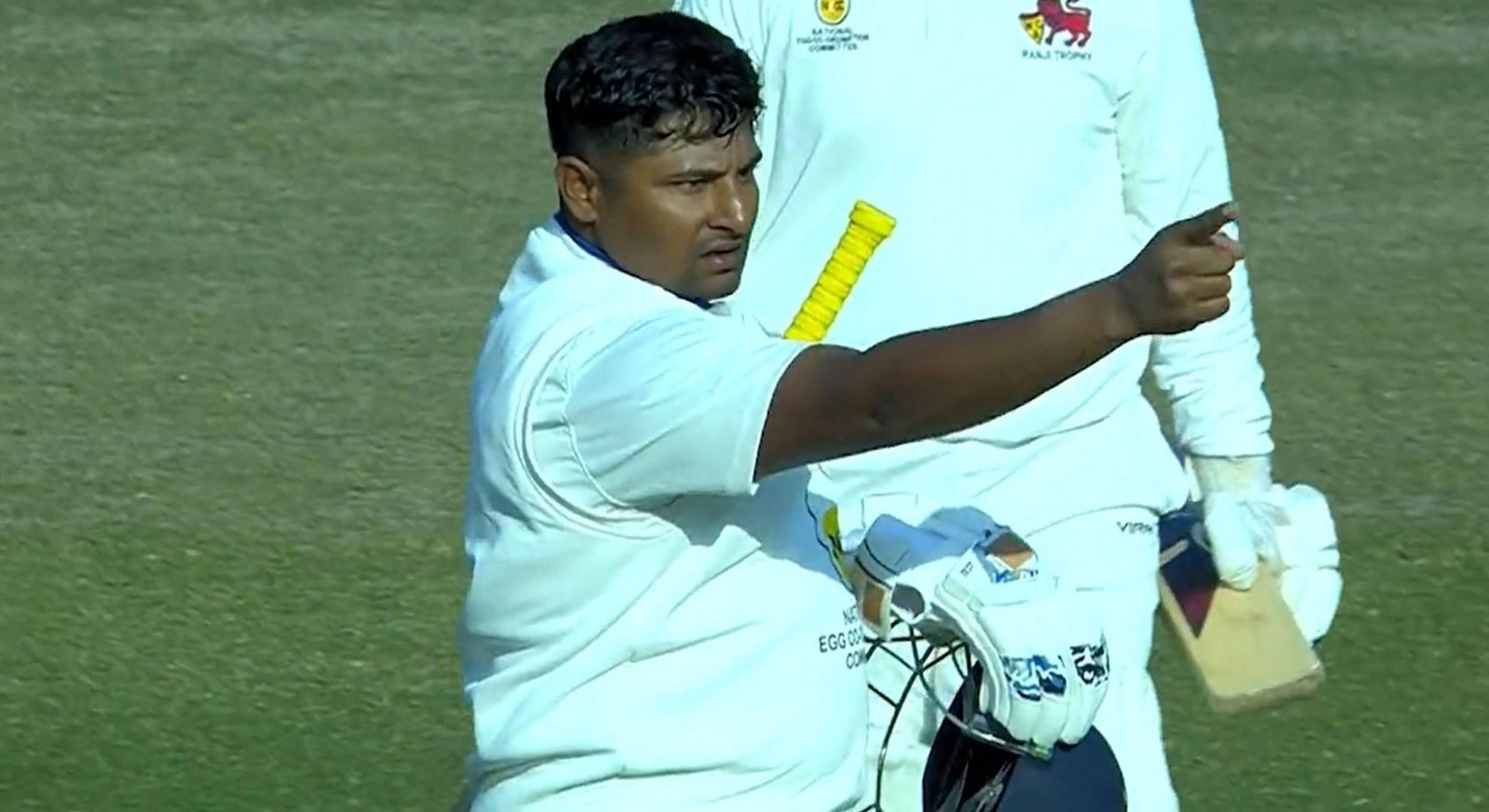 Former India captain Sunil Gavaskar has opened up about Mumbai batsman Sarfraz Khan being repeatedly rejected by the national selectors despite his impressive form in domestic cricket. There are reports that the 25-year-old’s weight is a problem. However, according to Gavaskar, players should not be selected on the basis of their size, depending on their form with the bat or the bowl. He also quipped that if the selectors are looking for slim and trim guys, they must go to a fashion show and pick some models.

Middle-order batsman Sarfraz has an excellent record in first-class cricket. In 36 matches, he scored 3380 runs at an average of 80.47, with 12 centuries and nine fifties, including a best of 301*. Many, including Sarfaraz himself, expected the cricketer to be included in the Test squad for the Border-Gavaskar Trophy.

Breaking his silence on the form vs fitness debate with Sarfraz, Gavaskar told India Today, “At the end of the day, if you’re not fit, you’re not going to score a century. So cricket fitness is the most important thing. I don’t have it. Yo-yo test or whatever. No problem with you, but the yo-yo test cannot be the only criterion. You have to make sure that the person is fit for cricket as well. And if that person, whoever it is, is fit for cricket, then I don’t think it really matters.

The Indian legend indicated that Sarfaraz is not off the field when he scores a century, but is back on the field. Gavaskar elaborated, “That tells you that the man is fit for cricket. If you are only looking for slim and trim guys, you can go to a fashion show and pick some models and then hand them a bat and a ball and then include them. You have cricketers of all sizes. Don’t go by size, go by runs and wickets.

In recent days, Sarfaraz has opened up about being overlooked for Indian elections on several occasions. Admitting that he was disappointed not to be able to get in, he insisted that he would continue to work hard. However, he also revealed about a conversation with BCCI chief selector Chetan Sharma, claiming that he was promised a call-up for the Bangladesh tour last year.

While Sarfraz was not picked, India have included white-ball stars Suryakumar Yadav and Ishan Kishan for the first two Tests of the Border-Gavaskar Trophy.