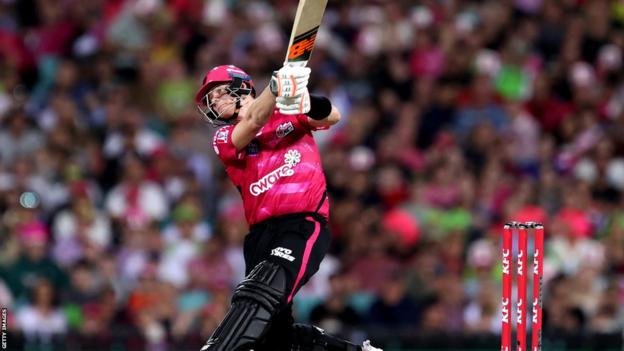 Smith’s unbeaten 125 off 66 balls with nine sixes and five fours helped his side to 187-2 against Sydney Thunder.

On Tuesday, the 33-year-old scored 101 runs as the Sixers beat the Adelaide Strikers.

Earlier this week the former Australia captain confirmed he would prepare for this summer’s Ashes with a stint in Sussex at the County Championships.

He will be available for three matches before the first Ashes Test begins at Edgbaston on June 16.