Skip to content
Sisanda Magala, the Proteas fast bowler made his return to South Africa’s one-day squad after a year when he was named in the 16-man squad for the upcoming three-match series against England in January. Sisanda Magala And marco JansenTwo all-rounders return to the South Africa squad for the upcoming three-match ODI series against England at home.

Sisanda Magala was dropped from the national team last year after failing to meet fitness standards and recently, had to miss domestic games for his province in the CSA T20 Challenge. Sisanda Magala worked on his fitness and took wickets in the CSA Provincial One-Day Challenge late last year. He also impressed playing for Eastern Cape in the ongoing SA20.

Sisanda Magala returns to ODI squad after 1 year; Dewald Brevis ruled out for England’s home ODIs; West Indies may be selected for T20Is

There was no place in the team for 19-year-old hard-hitter Dewald Brevis, who is currently third in the SA20 run-getter list. Earlier in the week, South Africa’s director of cricket Enoch Nkwe said Dewald Brevis would likely move up from the T20 squad to enjoy David-Warner-like exposure in international cricket, and selectors Victor Mpitsang confirmed he would be considered for the series. Against West Indies in March.

Despite his form, pace all-rounder Sisanda Magala was ruled out for most of last year, as he struggled to pass the CSA’s two kilometer time trial in the fitness test. He has now made the 8:30 mark and is therefore eligible for selection.

“Sisanda has been a good performer over the last few years. We had some fitness issues with him in the past and that was the only reason he was dropped,” Mpetsang said. “His consistency is what got him elected.”

Squad coach Shukri Conrad, who was named as South Africa’s Test coach on Monday, will take charge of the ODI side in the series while new white-ball coach, Rob Walter, finishes his commitment with the Central Stags in New Zealand. . Rob Walter will consult with Shukri Conrad. Malibongwe Maketa, the interim coach who led South Africa’s Test squad to Australia, was not retained.

Captain Temba Bavuma retains his place as captain, although it is understood that leadership in red and white ball cricket will be up for discussion under the new coaching set-up. Temba Bavuma is not part of the SA20 and had a disastrous run as T20I captain at the 2022 World Cup in Australia but is understood to have enjoyed a break and is ready for action.

“He’s in a good place. He has a good record in the ODI format. We are quite happy with where he is at the moment,” Mpetsang said.

But one notable absentee is Ryan Rickelton, the highest run-scorer in the domestic ODI Cup. Ryan Rickelton missed the Test tour to Australia as he required ankle surgery. Ryan Rickelton has decided to delay going under the knife to play this summer but is unable to travel for the Australia series due to the risk of worsening the injury and the travel time required for replacements.

Victor Mpitsang has confirmed he is available for selection in home internationals and could be in contention when South Africa play the West Indies in February-March.

“It’s about where he fits in at the moment. He is the opening batter. He got good marks. In a group of 16, we just couldn’t get him. We had a conversation before we picked the squad and the medical team made it clear that our risk is not that high when traveling abroad.”

The series is the final World Cup Super League encounter for South Africa and is crucial for their chances of qualifying for the 2023 World Cup in India in October-November. South Africa are out of the automatic qualification zone and are 11th in the points table. They need to win at least three of their remaining five matches (three against England, two against the Netherlands) to beat Sri Lanka and the West Indies and avoid the qualifying tournament in Zimbabwe in June.

The first match in Bloemfontein will start on January 27. The three-match series will span six days. All of the squad except captain Temba Bavuma are involved in the ongoing SA20, which takes a break from January 25 to February 2. Accommodating for a series of white balls. 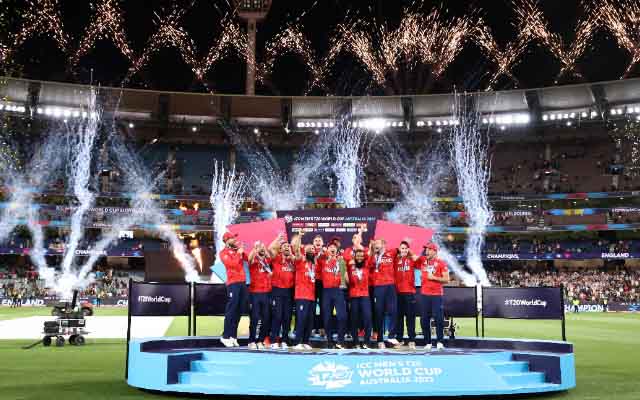