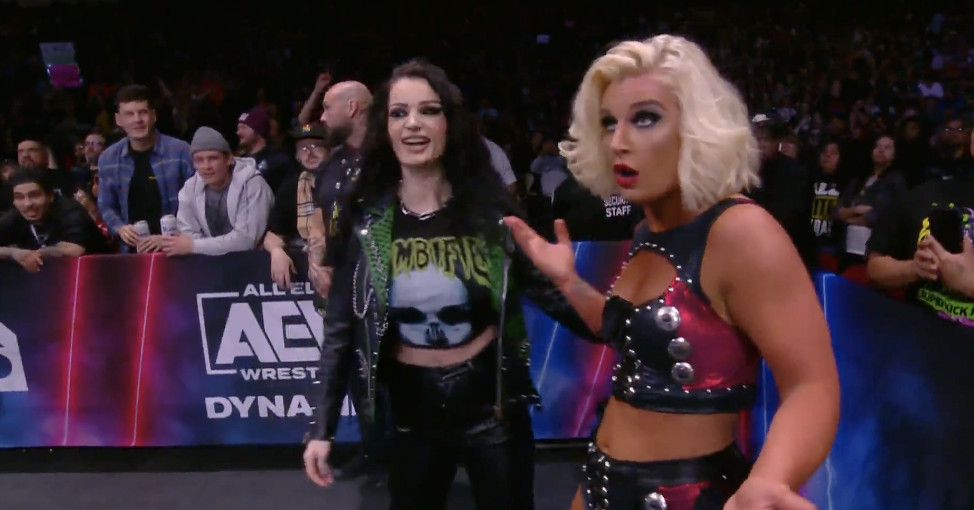 The initial team-up of Saraya and Tony Storm didn’t work out (in more ways than one), and on January 18 Dynamite, Saraya makes it clear who she blames for this. Hikaru stuck the storm for Shida… but on the flip side, only “homegrown AEW girls” would do to write off her absurd attempt to interfere against Dr. Britt Baker and Jamie Hayter as a mistake.

Shida didn’t make a mistake joining Tony’s match with Willow Nightingale,,, but Saraya did. She distracted Nightingale from the apron, allowing the former AEW Women’s Champion to roll up Willow. But that wasn’t enough for these ex-WWE mean girls. Saraya jumped up after hours of nightingale, and Tony joined.

Ruby Soho, herself a former WWE wrestler, came running His loyalty is still with his tag partner Willow, at least for now For her part, Shida continues to marvel at the actions of her (former?) friends.

Think about this new development