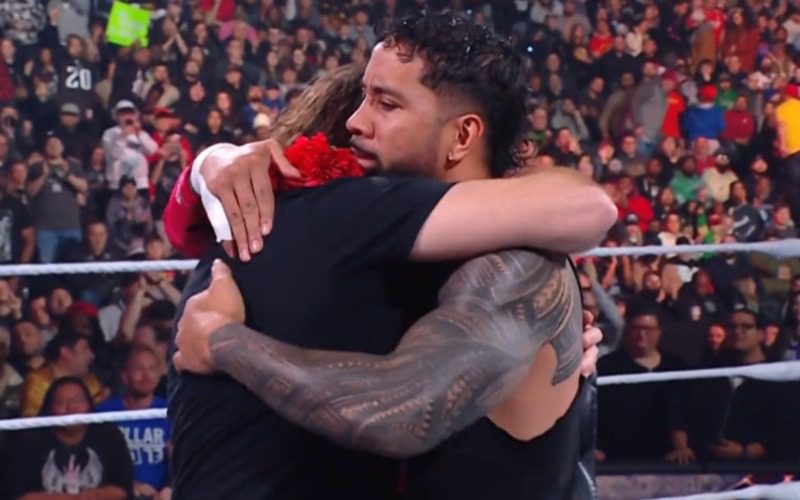 Sami Zayn has worked incredibly hard to earn The Bloodline’s trust. His loyalty earned him the title of “Honorary Use”. Tonight, Sami once again escaped the wrath of Roman Reigns.

The 30th anniversary special edition of Monday Night RAW kicked off with the trial of Sami Zayn Paul Heyman presented a massive video evidence against Honorary Us.

The tribal chief saw the evidence and asked Solo Sequoia to take Sami out. The Street Champion approached Sami and tried to destroy him with the Samoan Spike when Sami said he had nothing to present in his defense.

Jey Uso, however, stopped Sequoia in his tracks. One-half of The Usos presented a video proof and Reigns told Sami that he took the bullet for the Usos on multiple occasions.

The tribal chief viewed both video evidences and found Sami not guilty. He asked Sami to take some time off tonight after RAW and take part in his “ultimate test” at the upcoming Royal Rumble Premium Live event.

It remains to be seen what kind of test Sami Zayn will have to go through at the PLE on January 28th. For those wondering, Reigns will be defending his Undisputed WWE Universal Championship against Kevin Owens on the show.