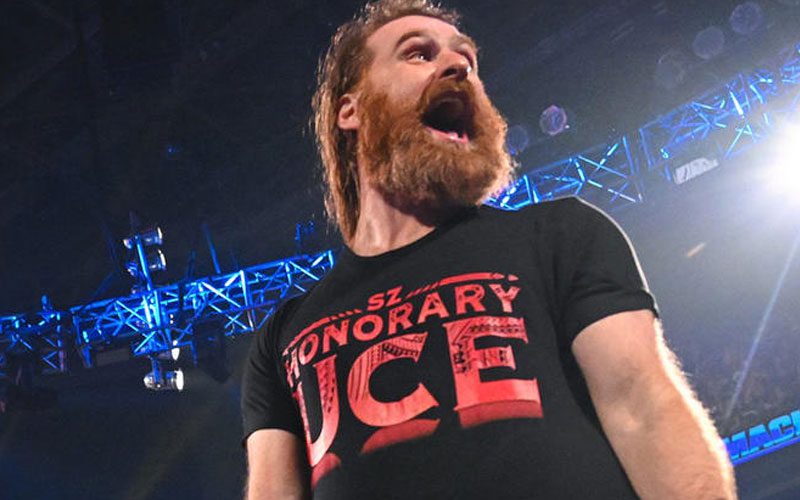 Sami Zayn’s journey from self-proclaimed locker room leader to honorary use of The Bloodline is a testament to “where there’s a will, there’s a way.” After losing respect and credibility in the locker room, Zayn began siding with The Bloodlines on the April 22 episode of WWE SmackDown, and the rest is history.

In recent weeks, WWE has teased a match between Roman Reigns and Sami Zayn, as Kevin Owens is also heavily involved. While the WWE Universe is excited by the prospect, few want to see the bloodlines split.

In an interview with Dr Detroit news, Sami Zayn discusses his current run with The Bloodline. The Honorary Usa didn’t hold back in declaring his love for the WWE Title, again sparking a potential feud with Roman Reigns.

“When you get around to it and you’re in the ring with the WWE title, it makes you think, well, I’m already here, maybe it’s not totally unrealistic to win. It will definitely be a cherry on top of everything else. If it happens, great. If it didn’t happen, it would still be all awesome. I mean really, since I can’t tell you that early in my career, maybe three years, I think I was thinking, well, this is it, it can’t get any better.

And then somehow every year, it just keeps getting bigger and bigger. You’d think I’d learn to stop saying it at this point, but I’m also pleased with what I’ve done. I don’t want to be the person who thinks, oh, there’s a void if I don’t get this next thing, and if I don’t accomplish it, I’m a failure or my career was a failure. Anyway, I’m fine. It might end tomorrow, and knock on wood, I really hope it doesn’t, but I’ll feel very complete and very satisfied with what I’ve done. At this point, everything is gravy.”

Last week on SmackDown, Sami Zayn took on Kevin Owens in singles action. The match failed to produce a clear winner after The Usos interfered and attacked Owens. The Prizefighter got his revenge this week on RAW.

Sami Zayn has had his fair share of struggles in his Bloodline journey. At the Survivor Series Wargames, Zayn proved his loyalty to the team by defeating Kevin Owens. Jey Uso finally accepted Zayn as part of The Bloodline as the stable celebrated their victory.

The next development in the Bloodline storyline is the upcoming Bloodline recognition ceremony at RAW 30 on January 23rd. It remains to be seen how things will work out for Sami Zayn on that date, considering each generation of The Bloodline will attend the special event.

What is your opinion about Sami Zain? Comments are off!