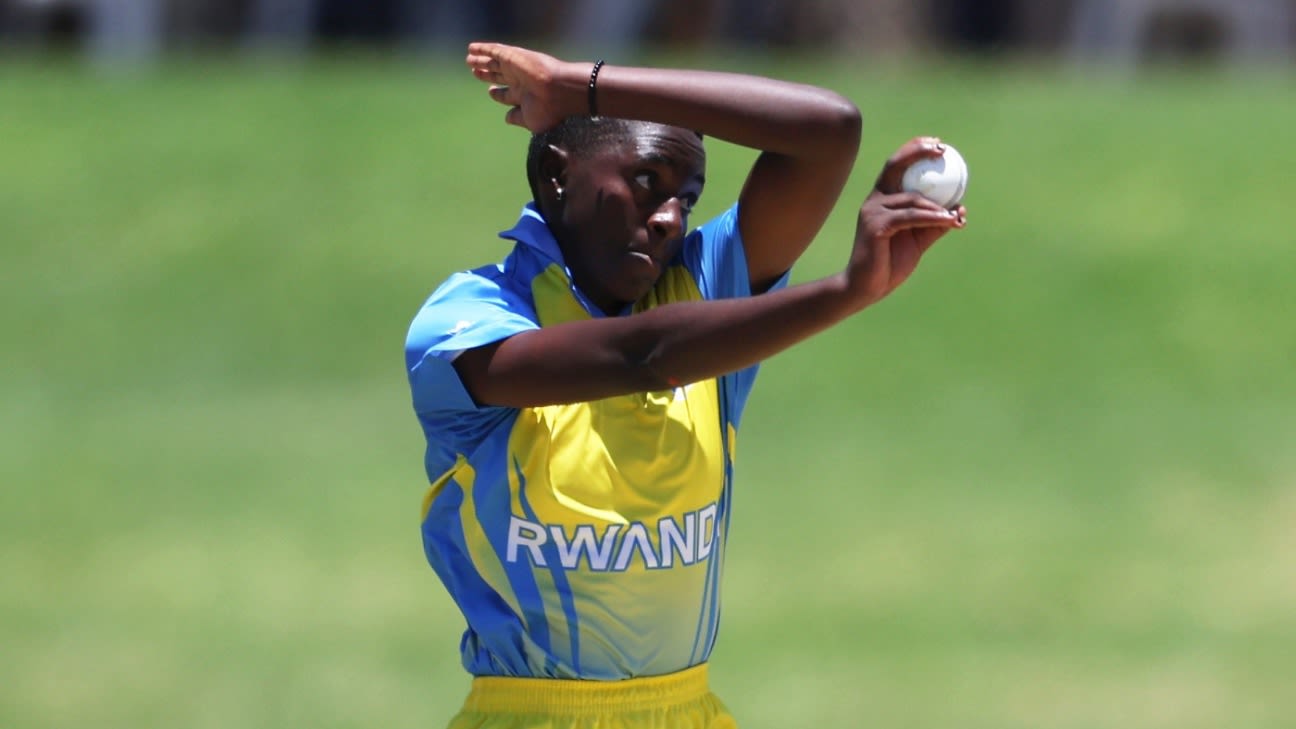 Giovanni Uvase, the Rwandan fast bowler, has been immediately suspended from bowling in international cricket after his action in the U-19 Women’s T20 World Cup was proved illegal. The decision was taken by the Event Panel comprising members of the ICC Panel of Human Movement Specialists.
Uwase was reported by the match officials during the Rwanda match Against Pakistan on January 15, with footage captured during their match Against Zimbabwe Shared with event panel for review on 17 January

An ICC statement said, “The assessment was made in accordance with Articles 3.5 and 4.7 of the ICC Illegal Bowling Regulations.” “The Event Panel has concluded that Uwase engaged in an illegal bowling action and, therefore, in accordance with the Rules, he is immediately suspended from bowling in international cricket.”

According to ICC rules, a bowling action is considered illegal if the bowler’s elbow has more than 15 degrees of extension, measured from the point at which the bowling arm reaches horizontal until the ball is released. Any elbow hyperextension is disallowed for purposes of determining illegal bowling action.

Uwase’s suspension will remain in place until Uwase undergoes a re-evaluation that confirms his elbow extension is within the allowable range.

Rwanda are currently second in their group with one win and one loss from two matches and are in a good position to qualify for the Super Six. They will face table-toppers England in Potchefstroom in the final match of the first round.