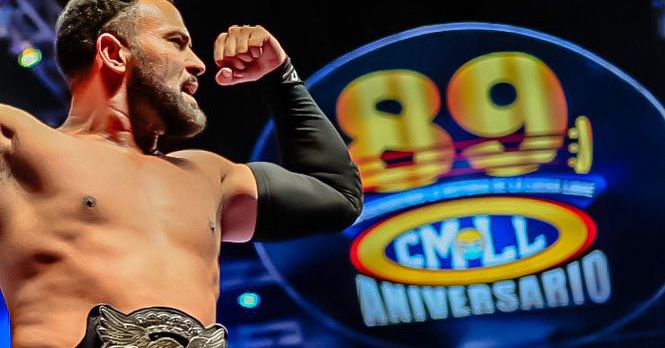 The rivalry between Romero and Volador Jr. dates back to 2003. Romero’s CMLL debut was trio action against Volado Jr. That lit a spark as they were crowned the inaugural champions in the finals of the CMLL World Super Lightweight Championship tournament. Romero took home the gold with a flying armbar off the turnbuckle.

After a pair of trios bouts won by Vlador Jr.’s squad over the next few months in 2003, the rivals would not share a ring together until 2019 in NJPW. Volador Jr. was once again victorious. Romero eventually returned to CMLL in 2022 International Grand Prix. Volador Jr. was the only survivor to win that contest and he pinned Romero along the way. Romero regained some bragging rights by teaming with Mistico to defeat Volador Jr. and Lince Dorado. Copa Bicentenario tournament

Despite mixed results throughout their careers, Romero never forgot that he won their only singles match in 2003. Romero took it upon himself to trash-talk his rival incessantly reminding him that he is Volado Jr.’s father inside the ring.

Tensions exploded last week. CMLL paired Romero and Volador Jr. together against Mistico and Averno. The partnership ignited when Romero landed a tope con Giro on Volador Jr. With Volador Jr. down, Romero fought the odds to lock Averno into an armbar. Volador Jr. re-entered the ring to dropkick Romero and the two brawled despite being partners in the match. That immediately led to losing the competition.

Later, Volador Jr. challenged Romero to a bout to end the evening’s action. These lean challenges often occur at the end of CMLL shows, including Rudo chickening out. Surprisingly, that was not the case this time. The commissioner fixed it, and fans were treated to a bonus match.

Romero picked up the win by shoving Volador Jr. into the referee, hitting a low blow and rolling up his opponent for the three-count. Romero then demanded a shot at Volador Jr.’s championship. Volador Jr. agreed on one condition. Romero gave Volador Jr. a hair vs. hair match if he won.

The CMLL World Historic Welterweight Championship bout took place on Friday night (January 20) from La Arena Coliseo in Mexico City. due to technical difficulties Along with the Ticketmaster live stream, CMLL has decided to make the entire show public for free on YouTube

Romero vs. Voladar Jr. was the main event of the evening. A fall with no time limit. The champion was seconded by Magnus. As rival support was Oraculo. The luchadores fought for more than twenty minutes. They worked a slow tempo with strong moves to work the crowd. The high spot was Romero taking Volador Jr. off the barricade to the floor.

Bholader Jr. rose high in the corner. Romero jumped down to the mat for an inverted flying armbar. Volador Jr. tapped out in defeat. Romero became the new champion 20 years ago using the same armbar move. CMLL commentary confirmed that Romero is indeed Volador Jr.’s father in the ring.

Romero chalked up his win with a post-match promo. He announced himself as the new face of CMLL and held his infant son Volador Jr.’s cheek. When asked about Hair vs. Hair, Romero exclaimed, “No! No! Never!” He won’t agree to that match until Volador Jr. wears him down first.

Romero and Volador Jr. have a pretty good feud going on in CMLL. Romero has proven himself to be kryptonite for Volador Jr. Technico will have to dig deep to find a way to defeat Rudo. This sets up for an epic Hair vs. Hair challenge in the future, possibly in the main event of the CMLL 90th Anniversary show in September.

Are you into the rivalry between Rocky Romero and Volador Jr.?