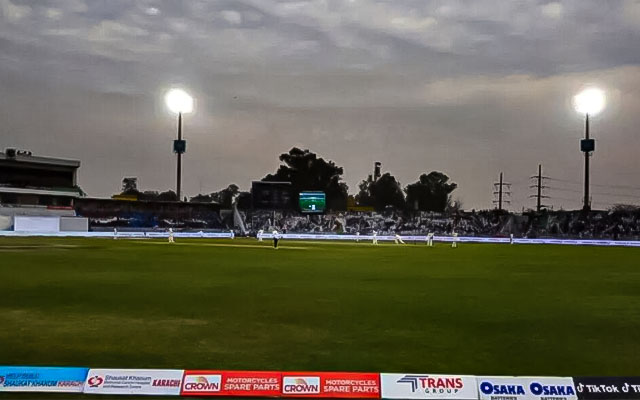 Demerit points were earlier awarded on the Rawalpindi pitch Pakistan After being deemed ‘below average’, it has now been reversed by the International Cricket Council (ICC). The decision was invalidated by the apex cricket body after an appeal by members of the Pakistan Cricket Board (PCB).

Accumulation of one demerit point means that the particular venue is threatened with suspension from hosting international cricket going forward. It comes at the ground after the recently concluded Test series between England and Pakistan which attracted a lot of attention for the poor quality wickets on offer.

During the first Test of the recently concluded England tour of Pakistan held at the Rawalpindi Cricket Stadium in Rawalpindi, the pitch played like a batting paradise due to which both the teams posted huge scores in the five-day format in the match. Simultaneously, then PCB chairman Ramiz Raja termed the pitch as ’embarrassing’. Emirates ICC Elite Panel of Match Referees, Andy Pycroft also agreed with the former PCB chief’s statement.

“It was a very flat pitch which gave almost no support to any of the bowlers. This was the main reason why the batsmen scored very quickly and both the sides posted huge scores. The pitch did not deteriorate much during the match. As there was very little on it for the bowlers, I considered the pitch to be ‘below average’ as per ICC guidelines,” Pycroft was quoted as saying by the ICC.

However, the ICC appeals panel reviewed footage of the match and found that the pitch had several ‘redeeming features’. This included the fact that a result was possible and 37 of 39 wickets taken to support the claim.

The Appellate Panel decided to withdraw the demerit points awarded to Rawalpindi’s 22-yard strip and added that it did not deserve a ‘below average’ rating. Since 2019, the venue has hosted as many as 14 international matches across formats, after the nation witnessed the return of the sport to its soil.