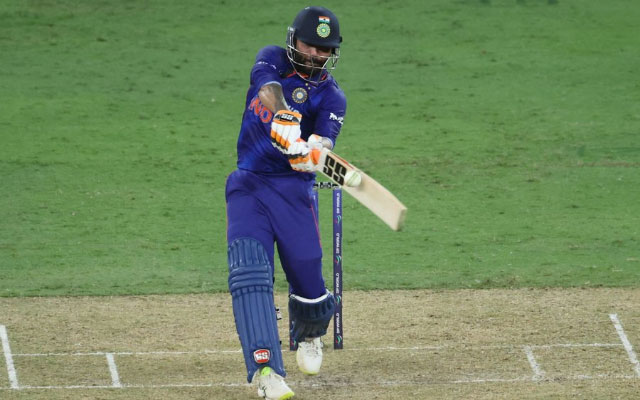 Ahead of their Ranji Trophy clash against Tamil Nadu, Saurashtra head coach Neeraj Odedra shared that the team is very excited since the return of star all-rounder Ravindra Jadeja to the squad. Notably, the India The all-rounder will lead the team in this match as senior players like Cheteshwar Pujara and Jaydev Unadkat have been rested.

Odedra said the 34-year-old is pumped to be back in action. He also revealed that Jadeja practiced for an hour in the nets and later gave a pep talk to the boys before the clash.

“With JD (Unadkat) rested for the game, we asked him (Jadeja) if he could captain the team and he happily agreed. He is very proud to play for Saurashtra and he wants everyone in the team to feel the same. He also told the team that there is no senior or junior in the team and everyone is equally important. He is a great player and we are all excited to have him back,” Odedara said.

“He is very excited and it showed in the net today. He wanted to do longer sessions but since he was coming off an injury, it was important that he didn’t overdo it. Before spending an hour at the nets, he gave a pep talk to the boys,” he added.

According to reports, Jadeja wanted to have a long session at the nets but the team management did not allow it as the Border-Gavaskar Trophy is around the corner and Jadeja is a part of the Indian team. After the practice session, cricketer Vijay Hazare congratulated his teammates for winning the trophy.

“As he reunited with the team after a long time, he was very keen to interact with the boys and congratulate us on our recent success in white-ball cricket (Vijay Hajar’s win),” Odedra added.

Notably, Jadeja has been rested from India’s ongoing white-ball series against New Zealand. He will join the national team only when India begin training for the four-match Test series against Australia.