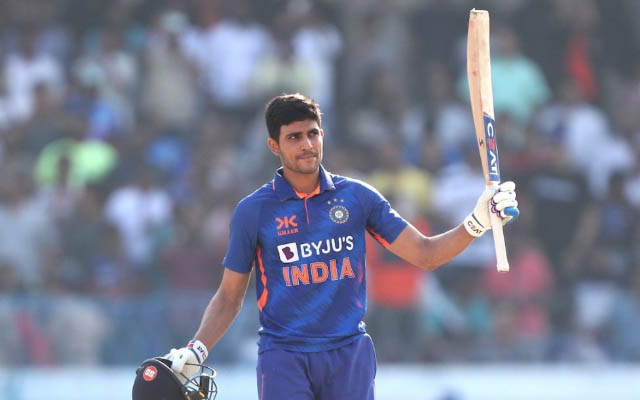 23-year-old Shubman Gill is currently in the prime of his career. After a cracking double-century in the first ODI of the ongoing series against New Zealand in Hyderabad, the Punjab-born cricketer touched the triple-digit mark again when he scored his fourth ODI century at Holkar Cricket on Tuesday, January 24. Indore Stadium.

Batting first, Indian openers Gill and Rohit Sharma did not give any space to the Kiwi bowlers and started hitting boundaries right from the start. Courtesy of their electric start, the Men in Blue scored 82 runs in the Powerplay and ultimately set the tone for the match.

Gill, who often takes a while to settle down in the middle, was not shy about hitting boundaries and quickly brought up his half-century. Later, he wreaked havoc and converted it into his fourth ODI century, achieving the mark in just 71 deliveries.

However, Kiwi bowler Blair Tickner got the better of him after a glorious century. The opener mistimed the ball while attempting an aerial shot as the ball went straight to Devin Conway. Still, he gave a perfect start, setting the right tone for the middle-order batsmen to build on the innings.

IndiaOn the other hand, captain Rohit Sharma scored a century off 83 balls. Like Shubman, he was outstanding from the beginning. The 35-year-old recently got off to a good start, but couldn’t convert it into three-figure scores. However, he finally made it count in the third ODI as opener Michael Bracewell registered his 30th century in the 50-over format before being dismissed.

Nevertheless, Twitter users were delighted to see the batting masterclass from India’s openers. Heading into the ODI World Cup, this will surely boost the confidence of the players as Team India will lift their first ICC trophy in 10 years.

Shubman Gill gets his 4️⃣ ODI century, 3️⃣ this year and it’s still only January. 🤯

😍 He has already completed 600 runs in total this year!

Both Shubman and Rohit are scoring centuries today 🤝 pic.twitter.com/vO7Ww0x9mE

Shubman Gill scored 112 off just 78 balls with 13 fours and 5 sixes. Another outstanding innings from Gill, he is currently on a different level.

I saw this one. It’s a classic.