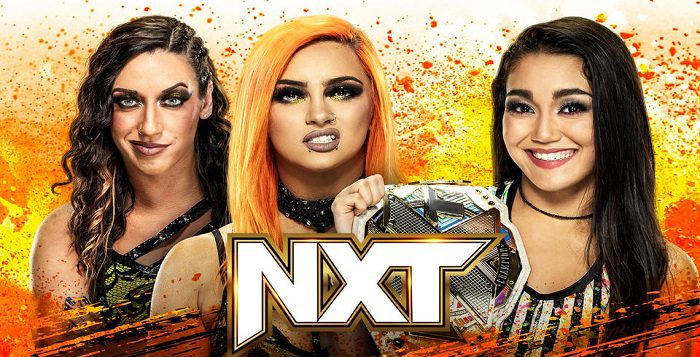 We’re just one week away from Retribution Day with Grayson Waller challenging Brawn Breaker for the NXT Title. It’s going to include a lot of builds this week as we get ready for the title match, but there’s a few other things as well. The good thing is that many cards are ready so let’s get to it.

We open with a video of Grayson Waller, showing him coming into the Performance Center and throwing a water bottle at Bron Breaker to start a big brawl.

Hartwell knocks him off the apron for a quick start before the bell rings. Back in we officially start with Hartwell tossing Stratton around and getting two from a dropkick. Stratton is sent to the outside but is able to snap an uppercut. A slingshot splash gives Stratton and we hit an armbar. It’s broken up and Hartwell hits two spinebusters before booting Stratton in the face again. Stratton claimed a knee injury, but consider it really Goldbricking. A regal roll into a triple jump moonsault finished Hartwell in 6:01

Jesse Jane doesn’t seem to think much of Gigi Dolin because Jenny has carried him from the beginning. Now it’s Zayn’s turn to win and it’s going to be something you’ve never seen before.

Drew Gulak & Company is training at Diamond Mine. Gulak doesn’t think much of Miles Bourne so he shows him how it’s done against Julius Creed. Julius throws him down, which doesn’t sit well with Gulak, who vows revenge.

Here’s Chase U for a ceremony to praise Thea Hale for winning her first match last week. Andre Chase talks about how Hale has been successful in the classroom but not so much in the ring. After nearly dropping an F bomb (fans: “It’s not PG!”), Chase gives Hale his award. Fans think he deserves it…and here’s JD McDonagh to interrupt. McDonagh doesn’t like that kind of nonsense but Chase says he’s not doing it. McDonagh finds it interesting that Chase doesn’t mention Duke Hudson before we get to the point. Chase whips off his dress and has his ring gear so let’s do it.

We join the progression by sending McDonagh into the steps and grabbing the chinlock. Chase Yu counters that into a belly to back suplex as they get to cheerleading. Spell stomps set off a side effect for one but McDonagh is back with a clothing line. Chase hits a quick Canadian Destroyer for two and McDonagh steps to the ropes. Back up and Devil Inside ends the chase at 4:32.

Duke Hudson storms off as Thea Hale checks Chase after the match.

Fallon Henley and Kiana James are set to team up but there’s some tension over strategy.

James starts but Henley taps him in the head to start instead. Niles takes Henley down to start and it goes to Paxley for a middle rope dropkick. James comes to take over on Paxley in the corner and stretches to the stomach. With that break, Henley comes back and lands on Neil’s shoulder. James gets in a cheap shot from the apron though and then takes Neal down, allowing Henley to hit a Shining Wizard for the pin at 3:16.

The Josh Briggs/Brooks Jensen debate over the Peacekeeper role continues.

The New Day is back (and seemingly humming Randy Orton’s old theme) when Edris Enoff and Malik Blade respectfully come to ask for a title shot. Before we get an answer, Schism comes to say they want the shot. They will face off at the New Day Invitational next week and the winners will be added to the tag team title match at Retribution Day.

Apollo Crews goes to the barbershop but Carmelo Hayes and Trick Williams come in and are not happy. The crew talk about how Hayes is never going to get rid of him but Hayes says he’s a younger, more athletic version of him. They both talk about becoming the next NXT Champion and a 2/3 falls match is set up for Retribution Day.

Gulak can’t wrestle Julius to start so it goes to Walker. Julius backs him into the corner and delivers a pair of fireman’s carries to Brutus for the takeover. It’s right back to Gulak, with Walker doing an aerial spin on Brutus to set up Gulak’s clothesline. We take a break and come back with Julius in a clean house. A T-bone suplex hits Walker and Brutus comes in for a standing moonsault.

Brutus lifts Gulak into a butterfly and holds him in place, allowing Julius to jump over Brutus’ back to drop Gulak into a truly unique double team. Everyone brawls until Walker hits a cross armbreaker on Julius but back to Brutus. Double clothesline takes Brutus and Walker down but here’s Charlie Dempsey to distract Gulak. The distraction allows Brutus to finish Bomb Walker at 11:43.

After the match, Julius Ivy apologizes to Niles for getting a little excited, but that’s how he needs to be the best version of himself. Both religions thank Neil for sticking with them and inspiring them… and here’s Sindhu Sher (with Jinder Mahal). The challenge continues for next week and Neil accepts for Creeds.

Gigi Dolin doesn’t like Jessie Zayn and talks about the thorns that come with roses.

Tony D’Angelo and Stacks go to lunch for some Italian/mafia stereotypes. Stacks wants to make an impact as the new underboss and apparently already has someone taken care of. They have a toast to Stacks and D’Angelo seems happy.

Lopez takes him down and Valentina Feroze (Lopez’s invitee) is here to see. Chu takes some rollups for two but gets caught with a swinging rock bottom to cut him off. Body scissors put Chu in trouble but he fights back, including a middle rope crossbody. Lopez isn’t having it though and punches him for the pin at 3:39.

Brooks Jensen is so happy with Fallon Henley and Kiana James that she has a shot at the Women’s Tag Team Titles at their Revenge Day. Henley is mad because he wanted it to be a deal and Jensen didn’t even ask. He needs to think about this.

Stevie Turner came to a live stream instead of in person. He has his in-ring debut next week.

Here’s to Grayson Waller and his own NXT Title to call out Braun Breaker. Cue breakers with original titles and everyone looks to set them apart. Breaker fights away and spears the barricade, leaving a large hole in it.

Gales promises to work them in a pool hall and at Retribution Day when they win the tag team titles.

Chance/Carter is defending and yes Fire is his own. Hold on though Sol Ruka and Fire seem to have a partner here. Carter has to slip out of an early Gory Bomb attempt so Fire can beat him without too much trouble. Ruka arrives and jumps on Carter as everything breaks down. The champs hit the floor and we take a break.

Back in with an opportunity to hit an enziguri so Carter can take over the fire. A top rope double stomp chance to the back gives two and an assisted splash gets the same. Fyre gets in a shot of his own though and Ruca comes in with a pretty amazing springboard splash for two. Everything breaks down and Chance steps into the Hurricanes fire. Carter puts Rucka back in though and the 450/Neckbreaker combination retains the title at 7:57.

After the match Fire leaves and walks past Rooker, Isla Dawn pops up to follow Fire. Beyond that, Fallon Henley and Kiana James (Henley has thought about it and is) pop up on the platform to say they’ll take the title.

Wes comes to see Les Dijak but won’t just hand over the North American title. Lee stops feeding off the fans and believes he can do anything, which Dijak has to respect. They are running for revenge day.

Korra Jade is not happy with Lyra Valkyrie or the feature she left behind in her locker.

Nikita Lyons was attacked in the parking lot.

Andre Chase isn’t happy with Duke Hudson, but Duke has them at next week’s New Day Invitational for a possible tag team title shot at Revenge Day. Chase is happy.

And now, a summit between Jacey Zane, Gigi Dolin and Roxanne Perez, the latter of whom gets an entrance. Zayn and Dollin argue about how much they carry each other because Perez can’t put it into words. Booker: “AWWW SHOOKY DUCKY QUACK QUACK!!!” Perez finally gets to speak, saying he enjoys watching the argument. Dolin and Zane get into it again before laughing at each other and doubling over Perez. A double chokeslam puts Perez through the table, leaving Toxic Attraction to retain the title to end the show.

They did it: WWE announced the all-time record set by this week’s Monday Night Raw 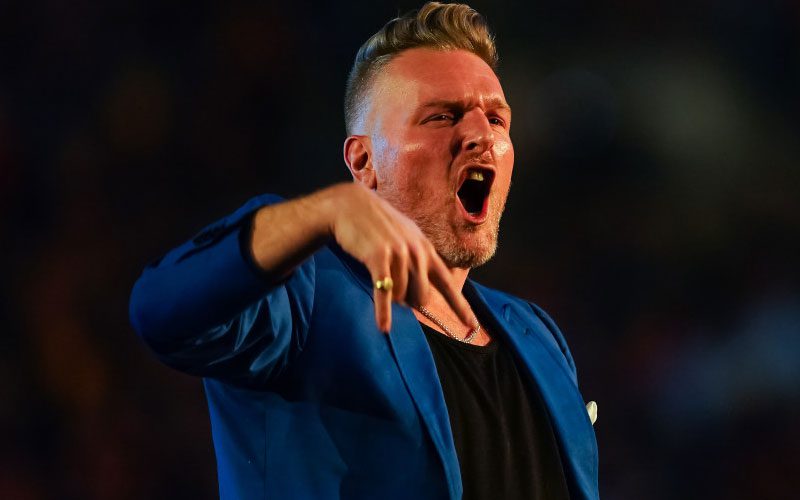