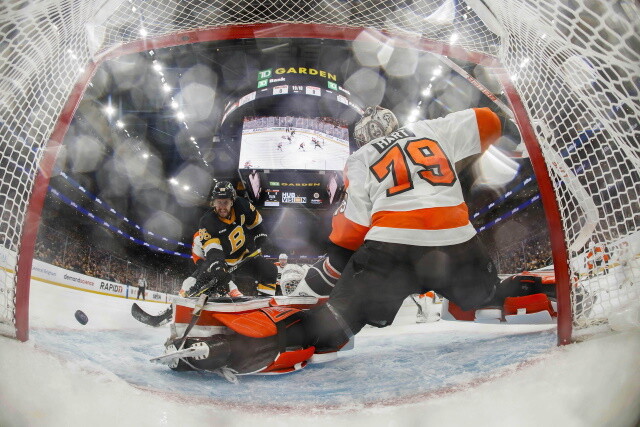 Who could be David Pastrnak’s long-term center?

Sportsnet’s Luke Fox: The Boston Bruins are likely to be aggressive buyers at this year’s deadline. Patrice Bergeron is nearing the end of his playing career, so if/when David Patrnak signs a long-term extension, he may want to know what the Bruins think for his long-term centerman.

The Bruins had more than $24 million on the books this offseason. They are without their second round pick this year and next year.

They are expected to make a trade offer to the Vancouver Canucks for Bo Horvat. Ryan O’Reilly and Dylan Larkin could be other options for them.

The Bruins have options and room to re-sign a deadline acquisition. The Toronto Maple Leafs and Colorado Avalanche are also looking at the rental front.

Who is the perfect fit for the Bruins?

Sportsnet: Who will suit up for the Boston Bruins at the trade deadline?

Nick Kypress: “Is there a chance they’re going to mess with that chemistry? You’ve been there before as an executive, is there a mindset that bringing in someone as easy as thinking Bo Horvat would be great, and a guy who’s definitely Bergeron or Can he get past Krejci, does he have a chance? Officials who sit around and go, ‘Why mess with a good thing?’

Mike Futa: “I think, well, it depends on what’s coming out. What kind of pieces are going away because you obviously don’t want any part of that chemistry in your dressing room, have to let go.

I indicated our condition. We needed a sniper and went out and got Marion Gabrik, who wasn’t, you know… Gabby was great for our team because he just came in and sure, but I think the additions that the Bruins made, I don’t think it’s that much. offensive weapon.

I don’t know how they’ll do it if they ever can, but I keep hearing Jonathan Toews mentioned along with them. If they can add someone who’s got it, you know a Foligno, like Nick Foligno. There is seamless chemistry. They are like that throwback type of leader. It will be another seamless, the way this group meets each other and cares for each other.

So are those types of players. I’m sure Horvat will be the same, maybe with age and things like that I’d guess a lot more wealth.

But I think Boston is going to be creative

David Pastrnak And the Boston Bruins are thriving

TSN: To stay with Draeger for a minute, what he reiterated Elliot Friedman of Sportsnet Saturday, where he said “David Pastrnak and the Boston Bruins are making progress on an extension.”

Pastrnak is third in NHL scoring this season and is having a career season with the Bruins. Both parties want the other to stay because it’s a good fit. General Manager Don Sweeney And Pastrnak’s agent JP Barry continues to work out the details of the deal, including the annual average value aka money.

Most believe it will be an eight-year extension, but Pastrnak is getting closer to an extension.