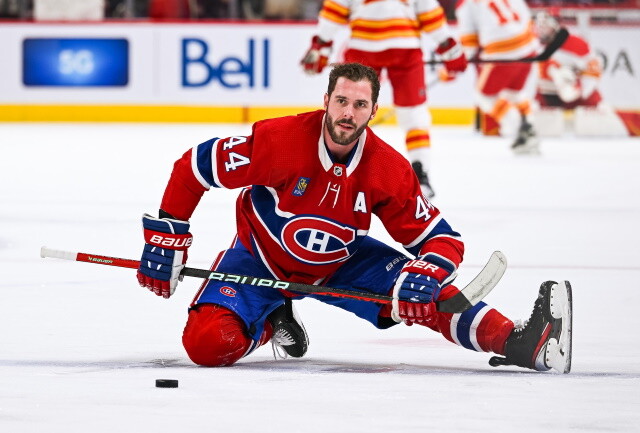 Now Marco D’Amico of Montreal Hockey: The Montreal Canadiens need to move a few pieces at this trade deadline. One of the attraction gainers is the defenseman Joel Edmondson. He is in the second phase of a four-year deal that pays $3.5 million in AAV. The cap hit hurts a little, but not nearly as much as March 3rd is approaching.

He comes across as a second or third pairing defenseman for right teams. It helps that Edmondson won a Stanley Cup with St. Louis a few seasons ago. Also, Edmondson is two years removed from that Stanley Cup Final run with Montreal. Top-four left-handed shooting defensemen don’t grow on trees.

Edmonton is a potential trade partner due to their defensive and structural issues. Why can Holland do it? This proves to be a big question. Again, the Oilers’ needs are obvious and Edmondson is a good fit.

Teams like the Los Angeles Kings and Winnipeg Jets are extremely thin on left-handed shooting defensive depth. These are two possible trade destinations. Washington with a long-term injury John Carlson, may be a fourth. However, do the Capitals pay the price for Edmondson? Great question.

David Pagnotta of the fourth period: Now, the Columbus Blue Jackets will surprise no one by distributing some roster talent to compete for Connor Bedard. Two potential players who deserve attention as trade targets Vladislav Gavrikov And Gustav Nyquist.

Both are expiring contracts (no trade protection) and several teams have been rumored to be pursuing the two players. Again, all of this remains in the exploration phase. Edmonton, Los Angeles and Toronto asked about Gavrikov while New Jersey, Calgary and Dallas asked about Nyquist.

While Nyquist seems all but out of Columbus, the Blue Jackets have tried to sign Gavrikov to a new extension. That seems to be of no use, though. Both players are high on the trade watch list because they are easy to move.