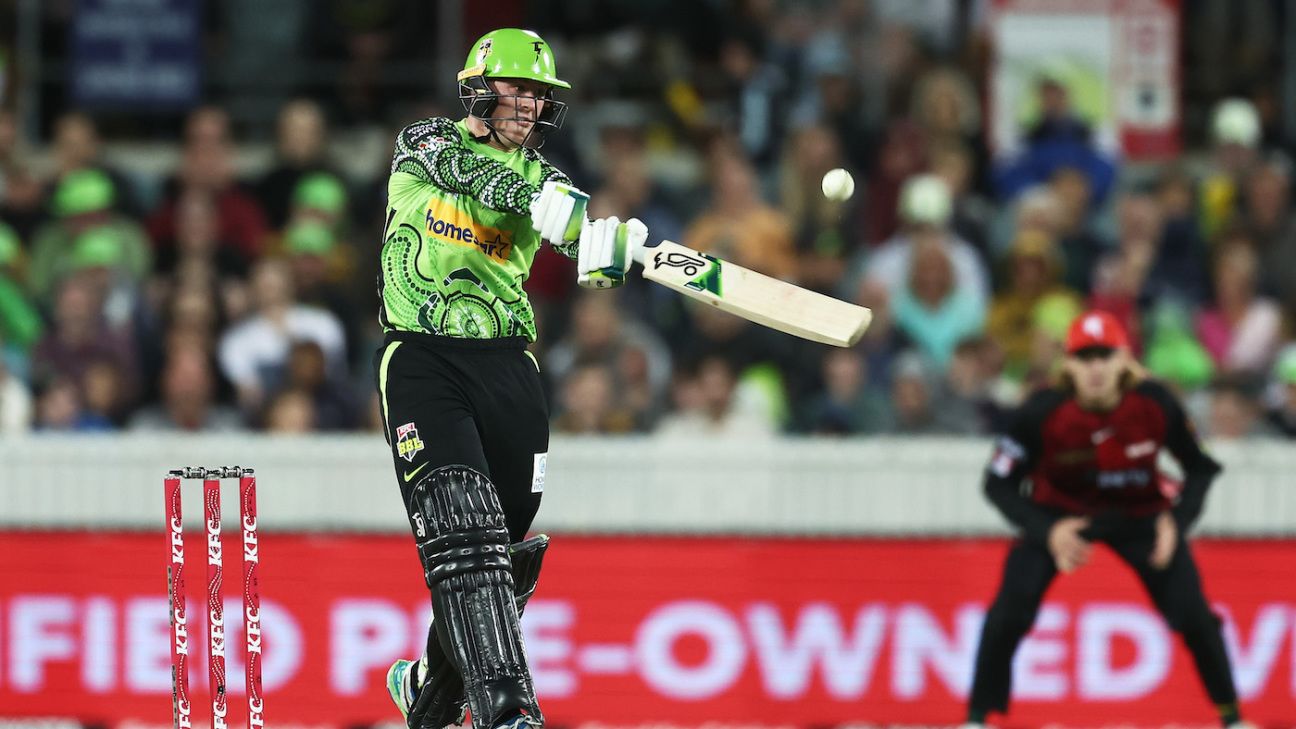 Sydney Thunder remain in the top five of the BBL after a crucial win over the Melbourne Renegades at Canberra’s Manuka Oval. Set 143 for the win, Thunder opener Matthew Gilkes He scored an unbeaten 74 runs in the 19th over and won the team.

The win moves the Thunder into fourth place in the table with just two regular-season games remaining, while the third-placed Renegades will need one more win to punch their ticket to the finals.

star opener David Warner Looked in fine touch and hit a huge six in his 26, but was caught by the debutant spinner. Corey Rocchioli His first BBL wicket.

Rocchioli made it two wickets in two balls as Ollie Davies chipped one over midwicket for a golden duck, but Fawad Ahmed’s drop three balls later got the third wicket and let the Thunder off the hook by a wide margin.

But it was a rare blip for the Thunder, falling behind Gilkes who hit eight fours and a six in his 55-ball innings. No. 4 Alex Ross Supported Gilkes perfectly, feeding him strikes as he made an unbeaten 40.

It was Gilkes’ second half-century of the tournament, having scored an unbeaten 56 against the Brisbane Heat in December.

Then Renegades scored 142 runs for 9 wickets Will Sutherland42 off 23 balls saved them from a small total. Martin Guptill scored 30 off 27 balls and skipper Aaron Finch 22, but neither failed to turn their start into a big score as the Renegades struggled.
Spinner Usman Qadir Acted with two crucial wickets including a big scalp by Finch just when he was ready to get his side in the game.

Sutherland’s late fireworks that helped the Renegades to 26 in their last over were much-needed, after a stretch of nine overs that included just two boundaries.

Some alarm bells will be ringing for the Renegades, having lost two of their last three games heading into the finals before succumbing to the Melbourne Stars in the last minute.