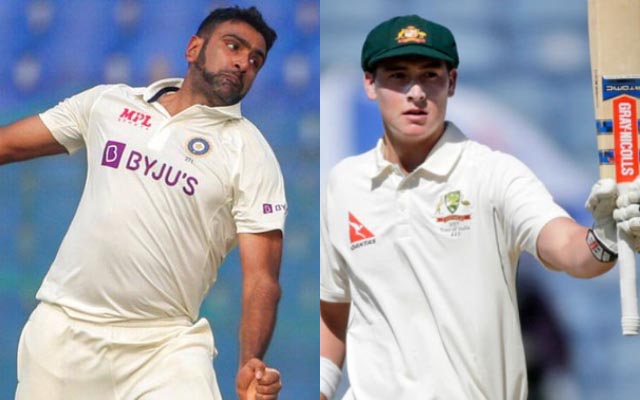 australian batter, Matthew RenshawAdmits that he is absolutely ready to take on the big challenge Ravichandran AshwinIf he gets a chance to play any Test against India.

His comments came amid a larger discussion about India’s “spin-friendly” pitches, and how batsmen touring the world need to step up their A-game to face spin deliveries if they want to succeed on the subcontinent. But if the spinner is like Ashwin then things become difficult.

“Ashwin is tough to face. He’s an intelligent bowler with a lot of variations and he uses them very well, but you get used to him, once you face him,” the 26-year-old told The Australian Associated Press on Wednesday, January 24.

Matt Renshaw admits that Ashwin is one of the most intelligent bowlers in world cricket at the moment, and his ability to use his intelligence with incredibly deceptive variety is something that will aid the 36-year-old’s efforts to give batsmen a tough time on the pitch. However, Renshaw says he is more than ready to face this ‘litmus test’, if he is allowed to play in any of India’s Tests.

“I think the big challenge for Ashwin and any off-spinner in the spinning condition for a left-armer is the threat of the lbw.” Renshaw hinted that Australia should be wary of Ashwin’s deliveries which do not spin and have many lbw dismissals.

“Obviously everyone thinks about the one who turns and catches you in the slips, but the big one is the lbw when it’s not spin. You just have to be prepared for that. I think two years of batting at No. 5 helped. I’m with facing spin. . I know my game a lot better now and I’m a lot more comfortable in different situations,” he added.

Renshaw is still part of Brisbane Heat’s BBL campaign and is preparing for India with spinners like Mitch Swepson, Matt Kuhnman and even Marnus Labuschagne in his squad, with the Sunsperill Greenlands (SG) ball used to him. Test cricket in India.