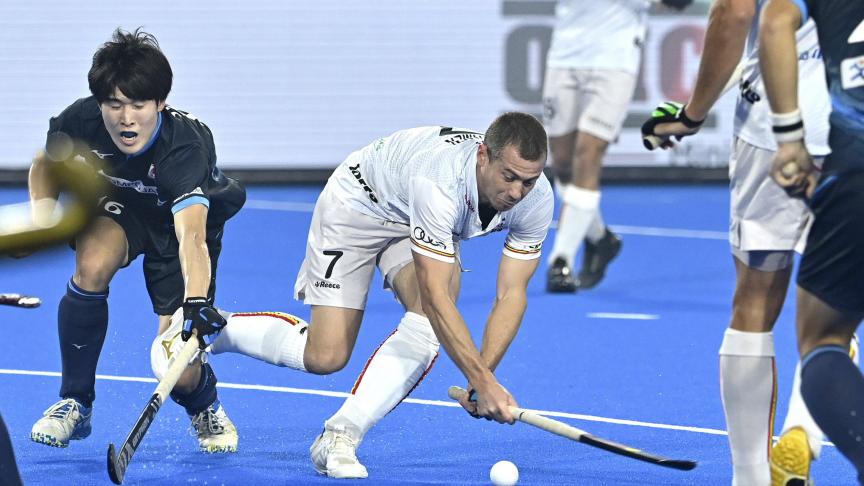 The midfielder was realistic after Belgium’s last group game. A great success in numbers against Japan but many details still need to be improved heading into the quarter finals.

Analyzing today’s performance, the Red Lions were very clear. There is no extra euphoria after reaching the quarter finals. The players were aware that the most important part of this World Cup began for the team after a group stage that was satisfactory but still, many aspects need to be improved to face the cut-throat meeting.

“The overall performance was not bad and the score was very good, even if I expected more goals at the face of the game”, lamented Jan-Jan Dohmen. “We could have done it with a little more focus. Our second quarter was excellent but apart from a couple of knocks on our goal the second half was not very good. Otherwise it was very average. I still don’t know how to explain it but I think it has to do with lack of concentration. »

It is now a quarter-final that awaits Belgium on Tuesday, against the winner of the duel between India, the host nation and New Zealand (Sunday, noon, Belgium time). “We achieved our first goal in the tournament by finishing first in the group. Now whoever the opponent is, we will prepare as before in the four days. When we face India, we already have a definite plan for this duel. We know, in any case, it won’t be easy and we have to evolve to the best level to achieve it. They are still very hard to beat at home. But we also know very well that we can still improve at all levels. »

The Red Lions, who were once again plagued by injury, had their central defender and penalty specialist, Alex Hendricks, leave the game at the end of the first quarter. “It’s clear that we really have no luck”, still punctuated the Brussels midfielder. “We never played full since the start of the tournament. Every time we have to adapt in real time. But we can see that we have experience and we are well prepared after all. I especially hope we can get Alex back for Tuesday. It is imperative that we are all confident for the quarter-finals. »

4 days left for the details of the reigning world champions. This quarter final will be the beginning of a second competition where the slightest error will no longer be allowed.