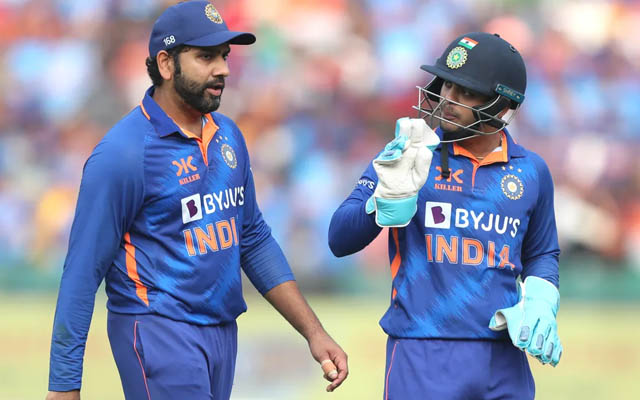 Team India took part in a three-match ODI series against New Zealand where the hosts won all three games comfortably and were dominant in all departments of the game. India were missing a few mainstays from the ODI team in the form of Akshar Patel and KL Rahul, who were out of the squad due to family commitments. Shreyas Iyer also did not start the series due to injury.

Hence, it was a chance for players like Ishan Kishan and Suryakumar Yadav to make their chances count. They had a decent series but didn’t do much to establish themselves in the team. After the match, the captain Md Rohit Sharma Local boy Rajat Patidar was asked, not playing the final ODI despite it being a dead rubber game.

The Indian team has plenty of options at almost every position in the team and it is difficult to get everyone a chance. The Indian captain explained the status of the players who missed a game.

The hitman came up with a cheeky reply, “I know maybe we could have played him in Indore. In Ranchi, Ishaan will also say, let me play, I am from Ranchi. But that’s not how it works, we go according to some plans. Everyone will get a chance. That’s what we’ve told the boys, we’ll give you a chance to play whenever we can but should that chance come, there’s a lot of boys waiting in line.”

After whitewashing the visitors in the ODI series, Team India will now look to make a mark in the three-match T20I series starting on Friday. Senior players like Virat Kohli, Rohit Sharma, Mohammad Siraj, Mohammad Shami will rest from this series and concentrate on the upcoming Border Gavaskar Trophy starting from February 9 in Nagpur.