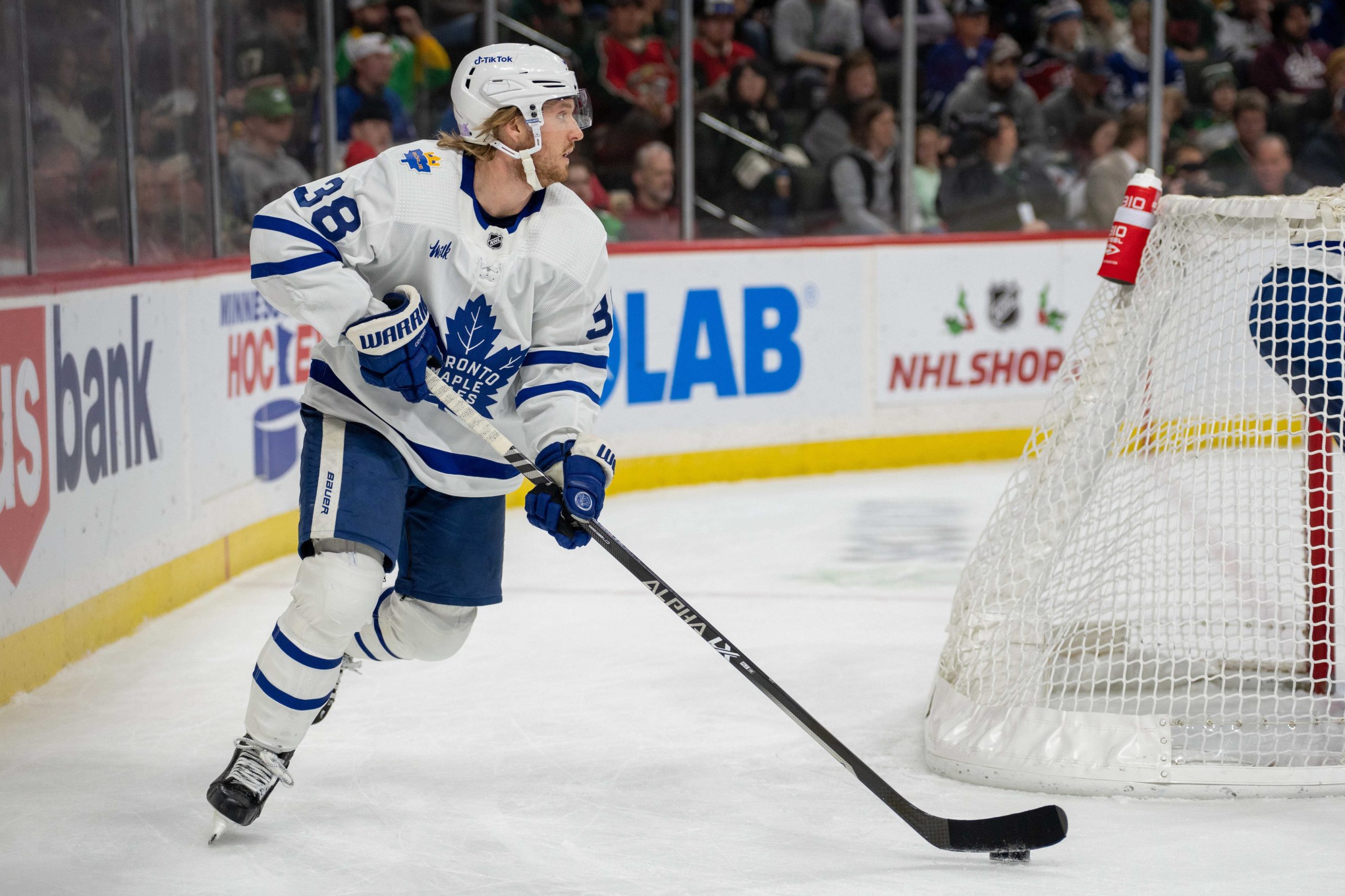 Is this the year of the overpayment for the Leafs, Sandin vs. Liljegren and a tip of the hat to the legend: Leaflet

It’s Saturday morning and we’re hours away from Leafs vs. Habs. Feels good. It seems like these two teams are never good at the same time, but that hasn’t stopped the Habs from knocking off the Leafs before so this isn’t a game to take for granted. If the Leafs can only beat one lottery team, this is the one they commit to.

Now here are the stray thoughts running through my head…

On Leafs Morning Tech yesterday, Nick Alberg was discussing potential Leafs trade targets with Frank Serravalli. One of the players who was quickly outed in the conversation was Bo Horvat. Then a minute later it was mentioned that Boston could be a potential landing spot for Horvath. The belief is that Horvat is worth more than the Leafs are willing to pay, but at the same time, the Bruins are willing to pay. So let’s break that down.

The Bruins find themselves in a situation where their prospect pool is more drained than the Leafs. They have a very similar draft pick situation, and their salary cap situation is even more pressing because they’ll be dealing with an eight-figure cap hit on Pastrnak and still have to give up a lot on Patrice Bergeron and David Krejci (assuming they don’t retire). Jeremy Swayman won’t be a free agent either, and they currently have 12 players on their roster under contract. Having $20M to deal with makes it attractive when Pastrnak is eating a lot.

Despite all that, there is talk that the Bruins will not only aggressively pursue Horvat for this season, but could get him under contract next. It’s an aggressive game and one that takes a lot of confidence to be able to figure out the rest later.

Somehow I find myself looking at the pages and wondering why they can’t be like that? What could they easily offer other teams willing to keep for Horvat? They certainly could use a skilled forward, and with all due respect to Frank Serravalli, I don’t see how having an extra center was ever a hindrance.

It’s also important that if things go well for the Leafs this year, perhaps the price paid was worth a run. A run can’t be won in the first round and tapped out in the second round, but Horvat can help make a legitimate run. If things go sideways for the Leafs this year, you’ll have to have a more serious discussion about the future personnel of the Leafs team, and having Bo Horvat (and possibly signing) the Leafs will give them a jump start on what’s next.

We’ll call Horvat an example (consider Meyer as a target as well). At the end of the day only one team will be able to acquire him. Also the tire kick can increase the price.

The answer should probably be that the Leafs should hang onto both of their young and steadily improving defensemen this season and next with a $1.4M cap hit, but I feel like if we’re talking about being aggressive as mentioned in the section above, it’s better to make someone available. Going to Could the Leafs see one of these players as a significant step forward and strong enough to fill the void created by their departures of Benn and Timmins? That is what I struggle with.

Sandin, either through the media or through the team, considers himself the future of the Leafs defense and is determined to develop into a key player in all situations. On the flip side, Liljegren already seems to be a few steps ahead in that regard, slotting into the top pairing tonight, and the Leafs are always looking for that coveted right shot. From almost every angle, Liljegren seems to be the best current player and a more untouchable option.

That’s no small feat for Sandin, who has been solid this year and has shown signs of being ready for more responsibility. It’s just that Liljegren is more along and addresses a more pressing need. If the Leafs had to make this tough decision of who they would move on from, I know who I would part with but honestly, I still wouldn’t feel too good about it.

Yesterday was a tough day for the hockey community as Vox and by extension, SBNation announced massive layoffs that appear to be ending their hockey coverage. I think for all the writers and contributors out there who already do the job as a passion project, and taking away the platform is a cruel reality that even in the most expensive-limited form, sports can be difficult to cover.

Although I never wrote to Pension Plan Puppets, I owe them a lot. Julian, Kemi, Skinnyfish, and their core group of contributors will regularly publish my Yakovmironov blogspot posts in their branch dailies. By sharing my writing in the same space, Tara Cox Block, General Borshevsky, Blog Salming, Down Goes Brown, and other talented writers gave me my voice when I felt so alone with no one to talk hockey with.

Their comments section was the place to talk about the Leafs before Twitter was a thing and introduced me to many people I still interact with regularly online. It’s David Nonis or the potatoes, or Kemi’s investigative journalism about where Kessel buys his hotdogs is some of the best content to come through the Leafs online community, and it’s still one of the places I start my daily hockey reading.

Not having a site like Pension Plan Puppets or the many other unique SBNation hockey blogs is a disservice to the sport and a blow to the process of independent/objective coverage of hockey.

When this site launched in many ways it was PPP 2 based on the familiar faces of the pension plan puppets that launched Leafs coverage on this network. I hope we see Pension Plan Puppets live in some capacity and we get a PPP 3.0 as well. If TLN can help give a platform to anyone looking for a place to cover hockey from SBNation, I encourage them to reach out to me. We need more room to debate whether Joel Champagne should have been signed.