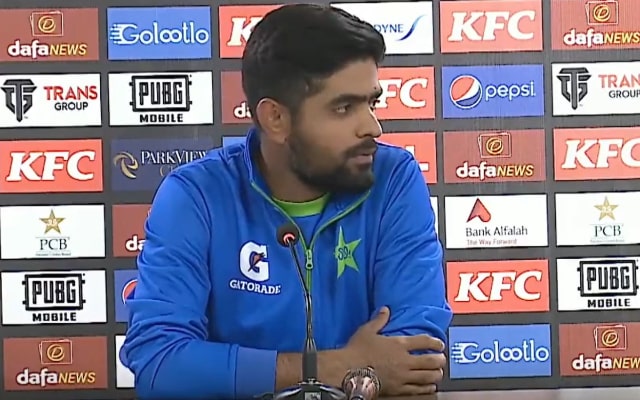 Indian media went into a frenzy when an Indian Twitter user mentioned the Pakistan captain on micro-blogging site Twitter Babar Azam Had sex with the girlfriend of another Pakistani cricketer.

After the incident, Babar was mercilessly trolled by netizens across social media platforms. Many articles were published claiming different stories of the alleged incident.

The real story behind the tweet shocked everyone. The tweet was interpreted as a ‘joke’ by an Indian user who runs a parody account called ‘Dr Nemo Yadav’ on the micro-blogging site.

The person behind the parody account, who remains anonymous, took to Twitter to apologize to Azam – who remained silent throughout. The original tweet, which has now been deleted, said Azam was “having sex with another Pakistani cricketer’s girlfriend.”

Not only that, the player was “promising her that her bf (boyfriend) won’t be out of the team if she keeps having sex with him… I hope Allah is watching all this,” the account tweeted to its more than 27,000. follower

The false controversy sent the internet into a frenzy. Indian media outlets including NDTV and Network 18 fell for the bait. Australia’s Fox Sports also fell for fake tweets.

The furor over the fake controversy that dragged Babar’s captaincy into discussion on social media drew significant public attention for the Twitter user.

Our Key Clown 🤡 Media, Mirror has now aired a dedicated show based on my sarcastic tweet and made nasty allegations on Babar Azam without verifying the source of the news (mine).@MirrorNow I was the one who started the BF in the team story, it was fake. Apologizes to Babar pic.twitter.com/OKMgD7fo4L

The handle ‘Nemo’ is now criticizing Indian media outlets for reporting stories based on his fake claims and exposing his 15 minutes of fame. As users rejected criticism for dragging the Pakistani cricketer into an unnecessary controversy, the hashtags #WeStandWithBabarAzam and #StayStrongBabarAzam started trending on Twitter.