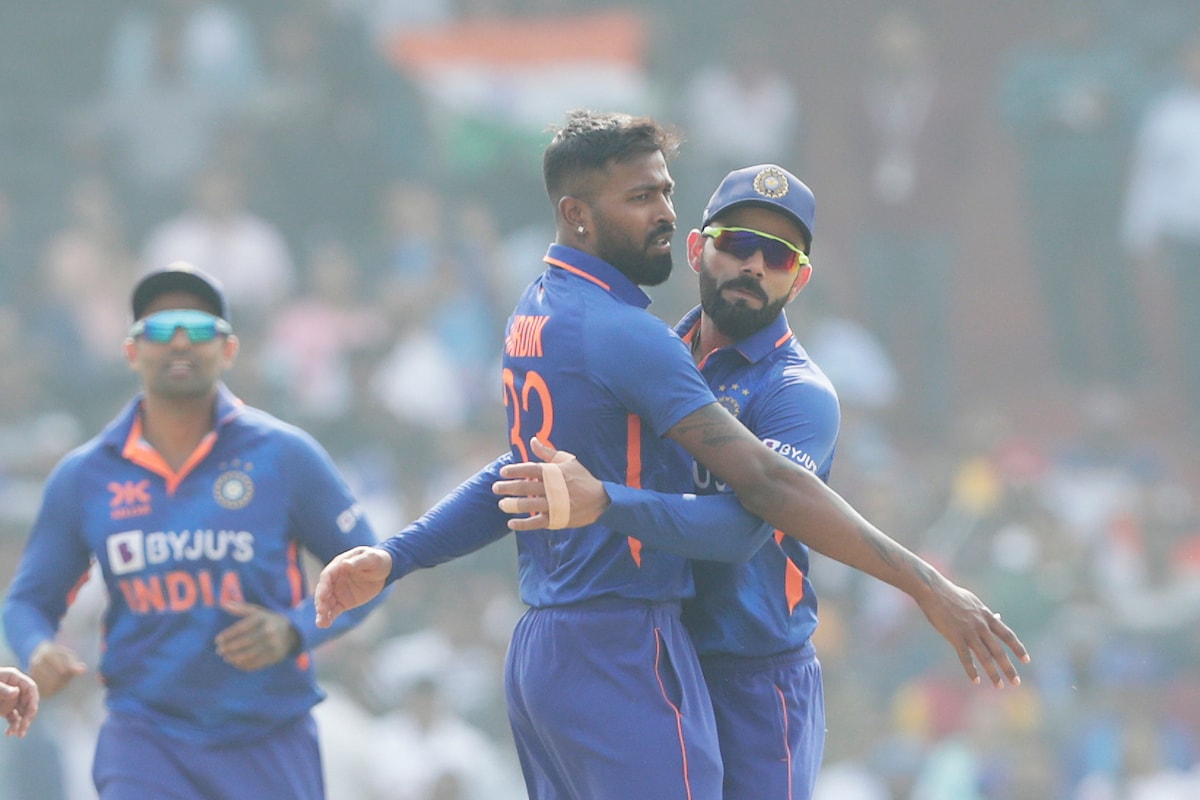 Hardik Pandya Pulled a stunning one-handed catch for the dismissal Devon Conway During the second ODI between India and New Zealand at Raipur on Saturday. New Zealand got off to a disappointing start, and it got worse as Conway bowled his shot straight back to Pandya. The all-rounder was slightly off-balance but that did not stop him from catching the ball left-handed. This resulted in the crowd erupting into cheers as Conway was stunned by the athleticism on display.

Talk about a stunning grab! 🙌 🙌@hardikpandya7 He took a nice catch in his bowling #TeamIndia | #INDvNZ | @mastercardindia pic.twitter.com/saJB6FcurA

A pace attack led by Mohammed Shami produced a sharp spell on a tricky surface as India bowled out New Zealand for 108 runs.

After New Zealand fell to 15 for 5 in the 11th over, the rabid fans who thronged the distant Shaheed Bir Narayan Singh Stadium for Raipur’s first international, feared an early end.

Shami (3/18) and Mohammad Siraj (1/10) Helped make life difficult for the batsmen with their high-quality seam bowling on the pitch. Stopping the odd ball made the batters task more difficult.

New Zealand were in dire straits, but all hope was not lost with a last-match centurion Michael Bracewell (22) and equally dangerous Glenn Phillips (36) in the middle.

Bracewell made his intentions clear by hitting Shami at cover. After being hit for a straight four in the 19th over, Shami bowled a sharp bouncer and Bracewell went to pull it back to the keeper.

Mitchell Santer (27), who scored a fifty in Hyderabad, joined Phillips and put the team past 100 with a 47-run partnership for the seventh wicket. However, both were dismissed in the space of six balls, ending New Zealand’s hopes of a recovery.

When Santner played a well-disguised slower ball from Hardik onto the stumps, Phillips took a controlled catch. Suryakumar Yadav From deep midwicket to long hop Washington is beautiful (2/7).