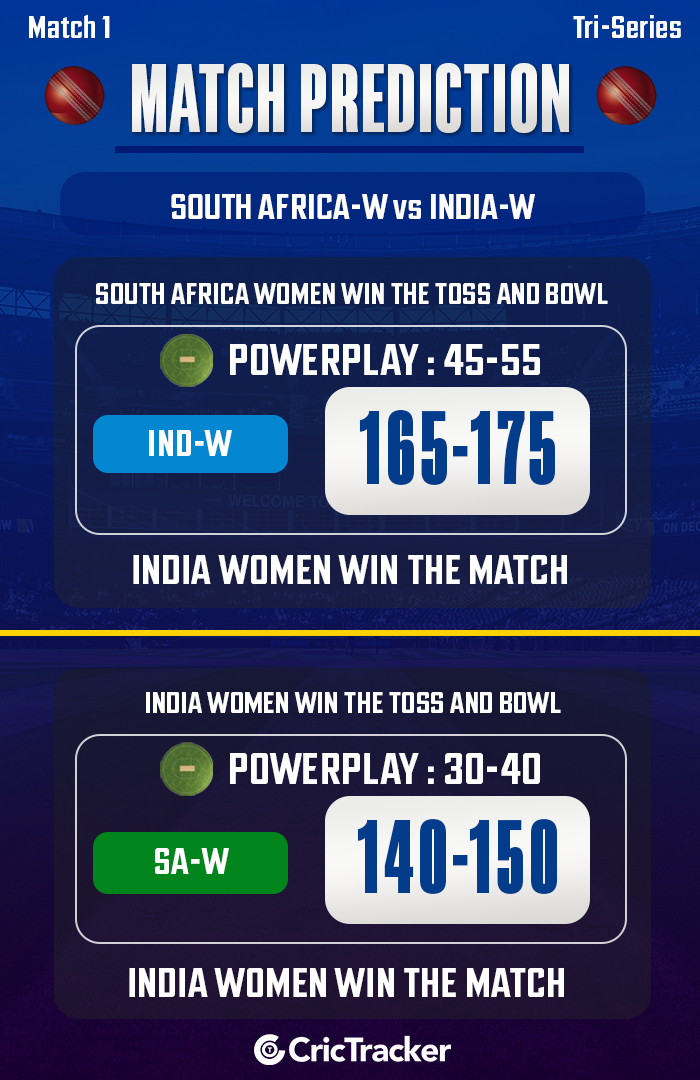 South African women India Women will lock horns in the first match of the tri-series at Buffalo Park in East London on Thursday, January 19. It will be a good exercise for both sides as well as West Indies who are the third participants. The upcoming ICC Women’s T20 World Cup 2023 will start from February 10.

Notably, this will be the Proteas’ first international assignment since the Birmingham 2022 Commonwealth Games in August last year and they will have to up their game at the Women’s T20 World Cup as hosts.

Meanwhile, Sune Loos will lead South Africa as Dane van Niekerk failed to meet the national fitness criteria that was the eligibility criteria for selection.

The Harmanpreet Kaur-led Indian team will be looking to make a statement after their humiliating 1-4 loss to Australia in the home T20 last year. India, who finished as CWG 2022 silver medalists and Asia Cup champions, will be firm favorites in the tri-series.

The wicket at Buffalo Park is ideally good for batting where there is no chance of the surface deteriorating throughout the competition. But the new ball bowlers are expected to get some support. Batting seemingly good for the second innings, the captain will look to bowl first after winning the toss.

The focus will be on Smriti Mandhana who has stood out as one of the best players in the WT20I over the last few years. Smriti, ranked third in the ICC Women’s T20 rankings, scored 594 runs in 21 innings last year. The 26-year-old is one of the most efficient batsmen in the format with 2565 runs from 103 innings and is definitely a player to watch in this competition.

Renuka Singh Thakur who has emerged as India’s most reliable pacer in the shortest format in the last few months is expected to live up to her reputation and play a crucial role in providing timely success for the Women in Blue. Renuka has already registered 23 scalps to her name from 25 WT20I appearances and hopes to add more to her tally in the upcoming tri-series.