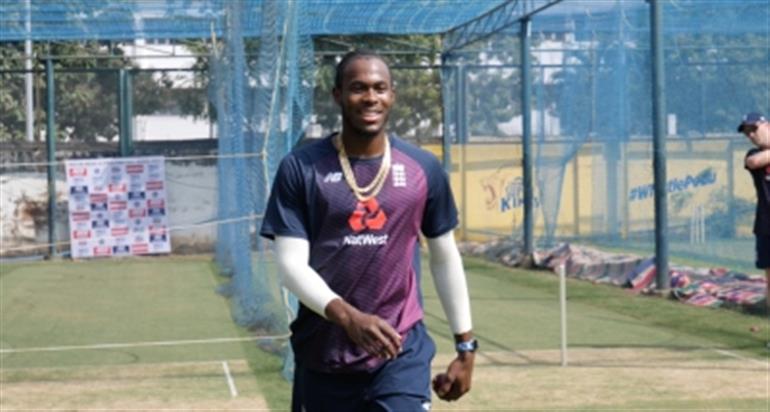 New Delhi: Fast bowler Jofra Archer is anxious to return to England after a long injury layoff as he says he is 80 per cent fit and hopeful of replicating his 2019 World Cup and Ashes performances.

Archer is in Bloemfontein as part of England’s 14-man squad for the three-match ODI series against South Africa starting on Friday. The talented pacer will play for England for the first time since 2021 after elbow and back injuries have hampered his career.

“Hopefully it can be a repeat of 2019. We’ve got the 50-over World Cup again and an Ashes in the same year so more. There’s no looking back. I’ve done my time and I’m here now. That’s the most important thing. . I’d probably say I’m about 80%. Just some fine-tuning now. I know whenever I’m fully fit, I don’t think there’s much that can stop me, it’s just a matter of when it’s going to be,” ESPNcricinfo said of the series. Quoted Archer before the opening game.

Archer made his competitive return to cricket earlier this month in the T20 League in South Africa, where he claimed eight wickets in five matches.

“Playing cricket again for the first time a couple of weeks ago, I’m still coming off that emotional wave. Hopefully it will go to another level in a couple of days. It’s been good to play cricket and not really have to worry. Whether my body is going to give way.

The 27-year-old’s injury lay-off has thrown doubt over his future in the longest format but the speedster is eyeing an Ashes series this summer.

“I need to fine tune my body for the next two, three or four months, make myself a bit more resilient. Let me sort this out first and then I can wait to hold the red ball in my hands again.”