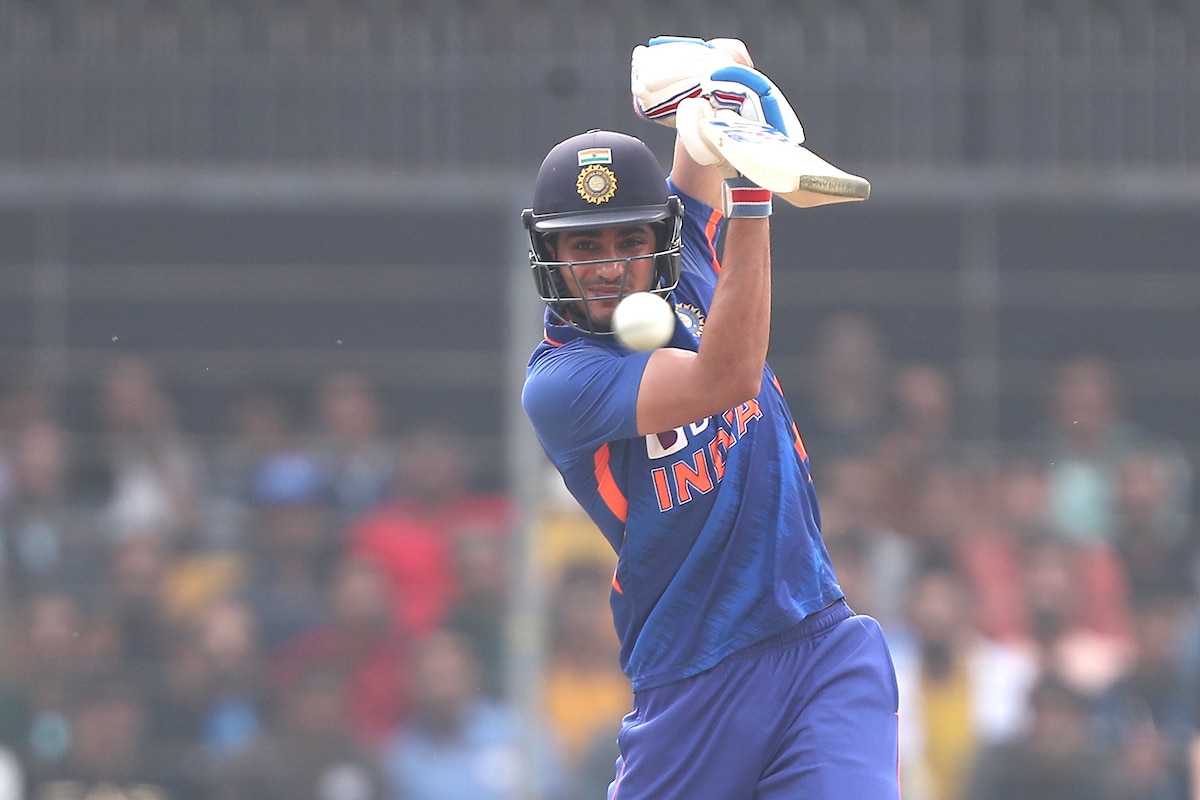 Young Indian Batter Good luck Gill The batsmen climbed 20 places to a career-best number six in the latest ICC Men’s ODI Rankings issued on Wednesday. His rise came after a brilliant series against New Zealand, which saw him walk away with the ‘Man of the Series’ award after scoring 360 runs in three innings, including a double century in the first ODI and a century in the last ODI. Gill is enjoying an excellent 2023 in ODIs, scoring 567 runs in six innings at an average of 113.40. He has three ODI centuries and a fifty this year, with a best score of 208.

He crossed the 2,000-run score in international cricket against New Zealand on Tuesday.

Gill continued his consistency, making the most of the opportunities he got as an opener. He scored 112 runs off just 78 balls. His knock was 13 fours and five sixes. His innings came at a strike rate of 143.58.

Now in 37 matches, spanning 49 innings, Gill has scored 2,048 runs at an average of 47.62. He has five centuries and nine fifties with a personal best score of 208 in international cricket.

In Test cricket, Gill scored 736 runs in 13 matches at an average of 32.00 across 25 innings. He has one century and four half-centuries in the format, with a best score of 110.

Gill scored 1,254 runs in 21 ODIs and an equal number of innings at an average of 73.76. He scored four centuries and five half-centuries in the format, with a best score of 208.

The batsman played three T20Is for India, scoring 58 runs in three matches at an average of 19.33, including a best of 46.

In this match, the 23-year-old batsman added another record to his list, becoming the Indian with the most runs in a three-match ODI series.

Gill moves up to seventh ahead of veteran Virat Kohli, while Rohit jumps two places to equal eighth after his quick-fire century against the Kiwis in Indore.

Pakistan captain Babar Azam still enjoys a healthy lead at the top of the ODI batsmen rankings, but now has a total of three Indian players in the top 10 and is chasing the highest accolade.

Fellow India pacer Mohammed Shami jumped 11 places to 32nd in the updated list of ODI bowlers. In the second ODI he took four wickets in two matches against New Zealand with best bowling figures of 3/18, which earned him the ‘Man of the Match’ award.

There was little to cheer for New Zealand after losing the series 3-0 to India and relinquishing the No. 1 ODI team ranking, but Devon Conway He improved 13 places to 37th overall in the batsmen’s list after his brilliant century in the last match of the series.

The series between Ireland and Zimbabwe also concluded recently and some in-form players have been rewarded in the latest rankings update.

Ireland’s young guns Harry Tector The batsmen jumped 12 places to 13th overall, while pacer Josh Little improved 27 places to 33rd in the bowlers’ list to cap a superb 12 months for the left-hander.