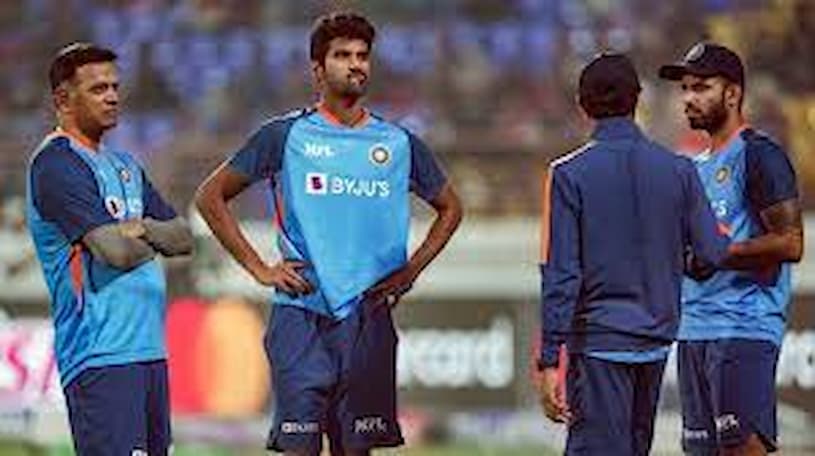 Jitesh Sharma, who has been selected as the backup wicketkeeper-batsman for the New Zealand T20I, discussed his feelings, journey and the difference between the Indian dressing room and the IPL in an exclusive interview with Hindustan Times.

Jitesh Sharma and Patience go hand in hand. So the unexpected happens. Most of his cricket journeys serve as a soothing soundtrack, but there are times when it can rival high-octane action thrillers.

In the first place, Amravati’s wicketkeeper-batsman happens to be a cricketer. He wanted to join the armed forces, so he chose cricket because those who represented Maharashtra in the army exams got 4% extra credit.

He started considering cricket as his first career choice after being selected for the Vidarbha U-19 team.

Jitesh made his List A debut in 2014, when an Indian spinner scored a century in his third match against a Piyush Chawla-coached Uttar Pradesh team.

IPL scouts were immediately impressed by his performance at the top of the order and Mumbai Indians signed him in 2017. However, that was the end of the waiting game.

Jitesh did not break into the star-studded starting lineup of the Mumbai Indians, which eventually won the championship that year.

He was immediately released. Before deciding to drop down in the batting order, he had a waning domestic career that spanned several years.

He went from an opener to a finisher in the 2021-2022 Syed Mushtaq Ali Trophy season and his ability to hit six home runs made him instantly popular. With 19 sixes, he finished as the tournament’s leading six-hitter.

This time he was picked up by Punjab Kings. Jitesh made his IPL debut for PBKS after five years in one such season with MI. Last year, he played in 12 games and scored 163 times.

After that, everything changed. At a strike rate of 160, one does not expect a domestic player to score immediately. Most teams in the IPL believe that their main capped players will score goals.

“However, the fundamentals of cricket never change, so I know how to handle the situation as I have played domestic cricket for so many years,” Jitesh told Hindustan Times in an exclusive interview.

The subsequent domestic 50-over Vijay Hazare Trophy did not go well for the right-handed wicketkeeper-batsman.

He got a call from India’s chairman of selectors as he mentally braced himself for another long wait for the IPL as he was not in the Ranji Trophy squad. “You have been selected for the remaining two matches against Sri Lanka,” Chetan Sharma called me.

“I didn’t get any time to celebrate because I had to run to Pune for the remaining matches,” said the 29-year-old.

For the two T20 Internationals against Sri Lanka, he was selected to replace Sanju Samson, who suffered a knee injury.

I did not expect to receive the call. I didn’t expect to be called. Because I wasn’t in the Ranji Trophy team, I was only ready for the IPL. So I was improving my fitness.

However, suddenly the call came for me. I was obviously delighted and eager for the opportunity. Everything changed after that phone call. I am keeping things simple despite getting a lot of calls from my family, school and club.

The right-handed batsman remains in the Indian squad for the T20 against New Zealand on 27 January. I feel much more responsible now.

When I enter the dressing room, I feel strong. Yeh India Ka Kaal Mila Hai indicates that I am capable of handling this responsibility as I am called to serve India.

Dr. asked about his position in the Indian team. Jitesh said he is aware that he must bat in the middle order and play attacking cricket. Yes, I understand my role.

I will play as a finisher if I get a chance. I have played against many including Suryakumar Yadav and Hardik Pandya. In domestic cricket or Indian Premier League. The adjustment process was effortless. They were all very welcoming.”

Jitesh also spoke about the atmosphere in the Indian dressing room and the Indian Premier League.

Jitesh was chosen as the backup keeper to win the Indian cap. He is aware that he needs to continue to develop his batting as well as his keeping skills.

It may come as a surprise, but Jitesh Sharma’s mother is not privy to the specifics of his cricketing success. He only cares about his son’s happiness and well-being.

He asks if I can bowl or not. Without even trying to convince him that I’m a keeper-batter, I say yes.

He would always warn me not to do anything unusual that might get me into trouble before I packed my bags. Whatever I do on the cricket field, I will always be his little one for him.