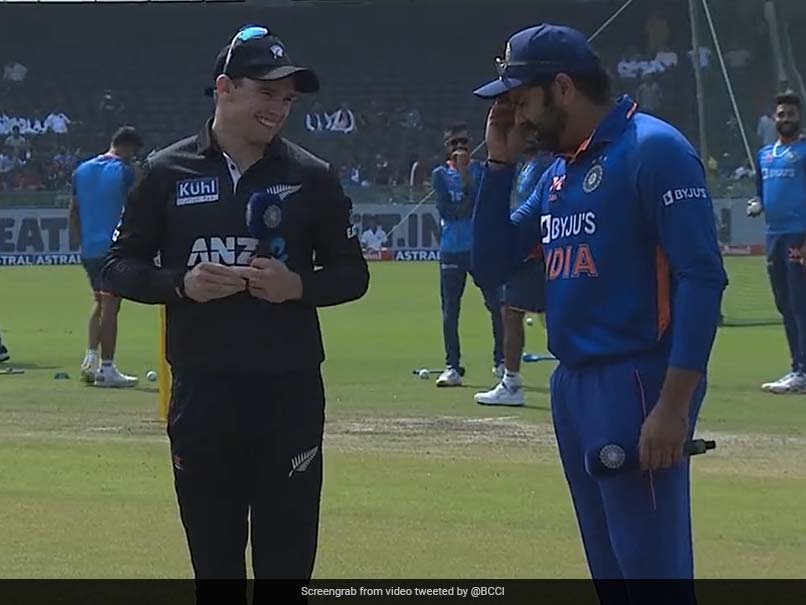 India captain Rohit Sharma Opted to bowl after winning the toss against New Zealand in the second ODI at Raipur. However, Rohit’s brain freezes in the toss. The 35-year-old took a moment to announce his decision to step down and told the presenter, Ravi Shastri, he “forgot” about the team call. Even New Zealand’s stand-in captain Tom Latham The incident seemed funny as she and Rohit looked at each other and shared a smile. The incident went viral on social media.

“I forgot what we wanted to do, had a lot of discussions with the team about the toss decision, just wanted to challenge ourselves in difficult situations, but we will bowl first. It was a good test for us, knowing that we will get wickets. Batting is better and That was the challenge ahead of us. Bracewell batted well, but we bowled well in the end and won the game. There was some dew during practice, but we heard from the curator that it will not play a role on the day of the game. We batted first in Hyderabad, We wanted to bowl first here, the same team,” said Rohit at the toss.

A funny moment from Rohit during the toss!!!pic.twitter.com/iWXCLLBmlB

Former Indian batsman Sanjay Manjrekar, who was part of the commentary team for the series, also saw the funny side of the incident and said, “I think he might have eaten an ice-cream before coming to the toss and his brain froze.”

The hosts, who lead the three-match series 1-0, are unchanged from their opening win in Raipur.

New Zealand also saved the same team from their 12-run defeat on Wednesday and captain Tom Latham said he would have opted to bowl if he had won the toss.