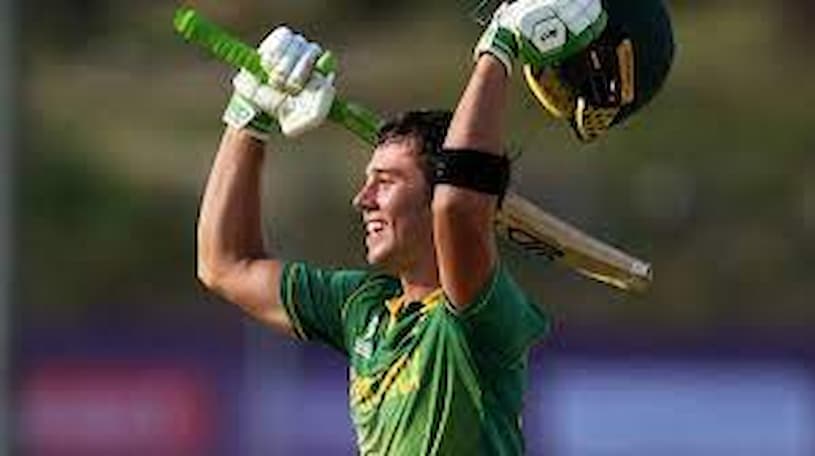 South African batsman Devald Brevis is currently one of the most promising players in international cricket, but he is yet to make his national team debut.

South African batsman Dewald Brevis is currently one of the most promising players in international cricket. Brevis is often compared to AB de Villiers, who captained South Africa when Brevis won the U-19 World Cup last year.

The 19-year-old star is yet to play for the Proteas. Now, SA20 League Commissioner, Graeme Smith, has shared his thoughts on Brevis and suggested that the youngster could be playing for South Africa soon.

“Now, I mean, it’s nice that you’re talking about him. It’s what we want, you know. We want to present young players on stage who are challenging responsibilities.

I was just looking at the selection for the upcoming ODI series. There is a lot of speculation as to why South Africa is not picking up young talent, giving them opportunities and sticking with established players.

We want to create a situation where there are so many players and talking points that the selectors are under pressure to select it and I believe Brevis is a top talent because he plays the game with so much freedom.

I mean, you should be able to demonstrate its consistency over time. However, I mean, Donovan Ferreira’s talent — that kind of power, ability to play spin, well, and pace — is huge.

You’re going to want to keep growing by all means. As a result, “I hope all these guys close the door and you start seeing a lot of them playing for the Proteas in the next six months,” Smith told NDTV during a Star Sports-organised interview.

Brevis is a member of the Mumbai Indians lineup for the upcoming IPL season. He is currently taking part in the inaugural season of the SA20 league.

Brevis scored 161 runs in seven IPL matches last year, at an average of 23 runs per match. Smith responded that he was hoping for T20 League fever.

The SA20 league was asked about raising South Africa’s “dying” cricket scene to catch up and grow the country’s cricket ecosystem.

I guess you can’t pull something off at this level unless you have a really great partner and you can afford it, you know.

Also, I mean, one of the goals was to provide South African cricket with a league that could be profitable.

In my opinion, it is well documented that the national team’s performance, as well as the general negativity surrounding the player and him being in the news for the wrong reasons, has affected the South African fan base.

“When we started SA20, one of our goals was to reinvigorate the fan and put some energy back into the game. I think there is definitely a complacency or negativity towards cricket in South Africa.

I believe that was evident in the first two weeks of the tournament. The support we have received and the energy the people of South Africa have had for SA 20 has been incredible and looking forward to it.

This will start to rub off on many causes of the game, such as the Proteas’ support of cricket as a sport. The wonder of the kids getting up and going to school on Monday night and Tuesday night school nights was incredible.