Former Indian captain Sunil Gavaskar slammed Chetan SharmaAll India Selection Committee led to ignore the batter Sarfaraz Khan, who is going through a purple patch on the domestic circuit. Sarfaraz scored another Ranji Trophy century for Mumbai in the first innings of the ongoing Ranji Trophy game against Delhi. Despite his excellent form with the bat in domestic cricket, many current and former cricketers have expressed their dismay at Sarfraz’s omission from the team.

Now, Gavaskar has extended his support to the in-form batter, suggesting that selectors should pick the model if they want a “slim and trim boy”.

“He’s not off the field when he’s scoring a century, he’s back on the field. That tells you the guy is fit for cricket. If you’re only looking for slim and trim guys, you might as well go to a fashion show and pick some models and then Give them a bat and a ball and then include them. You have cricketers of all shapes and sizes. Don’t go by size, but go by runs and wickets.” Gavaskar told India Today.

Earlier, Sarfraz admitted that he cried when he was not cleared for India’s first two Tests against Australia.

“When the team was announced and my name was not there, I was sad all day, when we traveled from Guwahati to Delhi, I felt very alone. I cried too,” he was quoted as saying by Times of India. .

Then this cricketer asked his father for help. “I called my father in Delhi. He spoke to me, I practiced with him, and then felt better,” Sarfraz said.

With India scheduled to face Australia in the 4-match Test series, the Board of Control for Cricket in India (BCCI) is expected to announce the squad for the remaining two matches in due course. 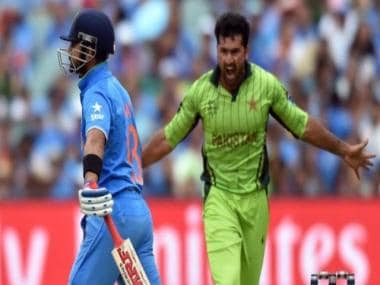