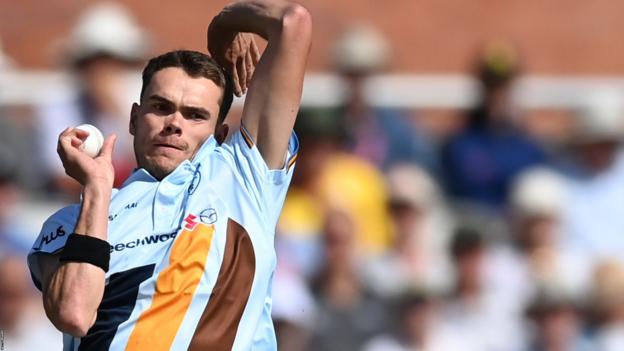 The 23-year-old has taken 117 wickets in 58 Derbyshire appearances across all formats since making his debut in 2019.

The Derbyshire academy product made his England Lions debut last summer and was called up to the second-tier national team for a camp in the United Arab Emirates in November.

“My dream is to play international cricket and represent Derbyshire on the biggest stage,” Connors said.

“I have a taste with the Lions in 2022 and I will do everything in my power to make that dream a reality.”

Derbyshire head coach Mickey Arthur said the club wanted “that kind of attitude” from Connors in its dressing room.

“Sam has played a lot of cricket in 2022 and he has bowled every ball with the same level of effort,” he said.

“His England Lions appearance is an example of why we want to be the county of choice, because if a player performs, we give them the platform to go on to that level.”