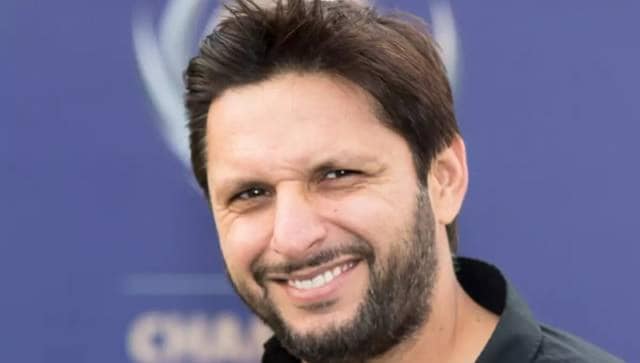 Shahid Afridi in a file photo.

Former Pakistan all-rounder Shahid Afridi felt that Indian fans are eager to watch Pakistani cricketers play in their country and added that cricket has always improved the relationship between the two countries.

“The relationship between Pakistan and India has always improved because of cricket,” Afridi was quoted as saying by CricPakistan.com. “Indians want to see Pakistan play cricket in India.”

Afridi’s statement comes at a time when the two countries’ cricket boards are at loggerheads BCCI Secretary Jay Shah, also serving as president of the Asian Cricket Council, announced last October that Pakistan would not host the 2023 Asia Cup and would shift to a neutral venue.

The announcement did not sit well with the Pakistan Cricket Board (PCB), whose chief Ramiz Raja then said that Pakistan would boycott the 2023 ODI World Cup, which India would host if the Asia Cup was taken away from them.

Raja had to face Afridi’s wrath and later seemed shocked by the PCB chief’s comments about not knowing how to prepare Test match pitches, saying the pitch for the ongoing Pakistan vs England Test in Rawalpindi.

“The way Ramiz was talking, I mean I was shocked to hear him say that we can’t do this kind of track. International matches are going on in Pakistan for so long but then we say such things. Ramiz said he wanted a turning track which I think would have been big in this weather,” Afridi told Sama TV.

On the first day of the Test, England’s batsmen scored 500 runs to take the game to the hosts as Pakistan’s bowlers found no way to stem the flow of runs.