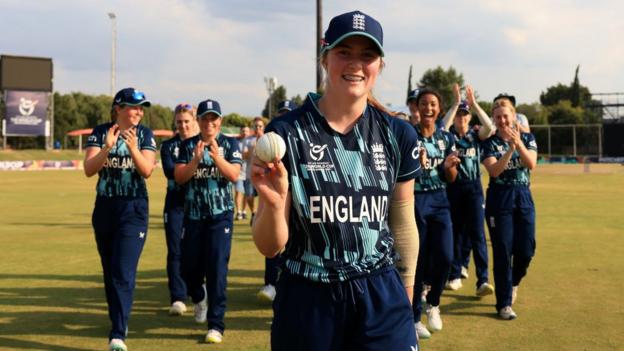 England defeated West Indies by 95 runs in the semi-final against Australia in the Under-19 World Cup in South Africa.

The win ensured England topped Group Two with four wins from four in the group stage.

Australia finished second in Group One with the semi-finals to be played in Potchefstroom on Friday 27 January.

India, who finished above Australia, will play New Zealand in another match on the same day and at the same venue.

Scrivens, an opening batsman from Kent, is the tournament’s leading run-scorer with 269 runs, including a personal best against Ireland.

But the semi-final against Australia will be England’s first real challenge after comfortable wins over Zimbabwe, Pakistan, Rwanda, Ireland and the West Indies.

Australia suffered a shock defeat to Bangladesh in their opening match but recovered by winning their remaining three matches.

New Zealand are also unbeaten but are second in Group Two behind England in net run rate.