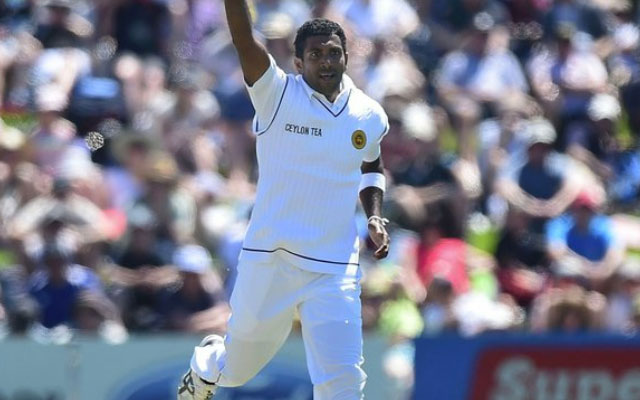 Five candidates have been shortlisted for the role of Nepal’s head coach and one of them is a former Sri Lanka Cricketer Dhammika Prasad. According to Cricket Association of Nepal (CAN) sources, the 40-year-old former fast bowler recently took an online interview for the post of head coach.

Prasad, notably, served as the Nepal team’s fast bowling consultant for two of the team’s series, one against the United States and the other against Scotland. Russell Domingo (South Africa), Monty Desai (India), Glen Pocknall (New Zealand), and Dave Whatmore (Australia) were the other four candidates shortlisted and interviewed.

Whatmore is said to be the favorite of the five. The Baroda Cricket Association (BCA) in India, however, has a contract with Whatmore that is valid until March 2023. Following the early termination of India’s Manoj Prabhakar’s contract, Whatmore failed to join the Nepal squad in time and, as a result, was forced to step out. Away from the coaching role.

Dhammika announced his retirement from international cricket in February 2021 at the age of 37. After his 25-year-old gamem Test match for the Sri Lankan team, Dhammika suffered a serious shoulder injury which kept him out of action for a long time. After recovery he marked his return to first-class cricket, but did not find a place in the national team.

He was, however, one of Sri Lanka’s top fast bowlers before that injury and his 5 for 50 at Headingley in 2014 is particularly famous as he helped Sri Lanka win their first series in England. Although this was his only five-wicket haul in Test cricket, he was very impressive in Sri Lanka’s home games in 2015 and gave his best against the Indian team.

In the years following his retirement, Prasad was working towards a return to the Sri Lankan national team, but his bowling underwent some major changes after a shoulder injury and surgery.