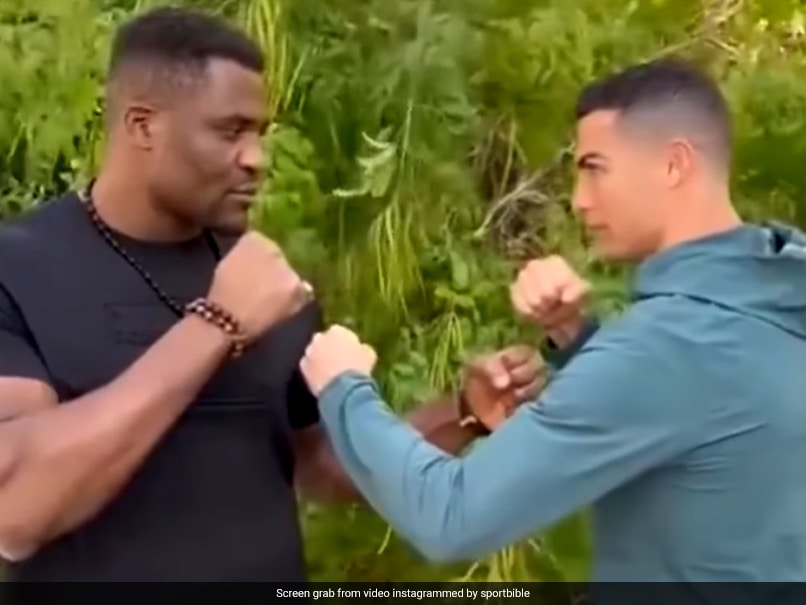 cristiano ronaldo Cameroonian-French MMA fighter Francis Ngannou met in Riyadh and both posted photos of the encounter. A video posted on Instagram showed the pair coming face to face and moments later both burst into laughter. when ronaldo Ngannou is a free agent after recently making a sensational big-money move to Saudi club Al-Nasr, deciding not to sign a new contract with Ultimate Fighting Championship. Ngannou was stripped of the UFC heavyweight championship after refusing to renew his contract and is currently one of the most sought-after free agents in the world of MMA.

Ronaldo decided to move to Saudi Arabia after a public dispute with Manchester United manager Erik ten Haag. The Portuguese footballer agreed to terminate his contract with United after an interview with TV personality Piers Morgan and was offered an Al-Nasr deal worth more than €200 million. He made his debut for the club in a friendly match against Lionel MessiIts PSG.

Although Al-Nasr lost 4-5 to the French champions, Ronaldo was man of the match with two goals to his name. The first came from the penalty spot in the 34th minute and the Portuguese superstar doubled his tally again late in the first half.

At the beginning of the match, Messi’s name was also on the scoresheet with the opener for PSG.

Ngannou, on the other hand, became the first UFC champion to leave the company since BJ Penn in 2004. The fighter allegedly had disagreements with the company over sponsorship and health insurance rules that led to both sides deciding not to finalize a new contract.