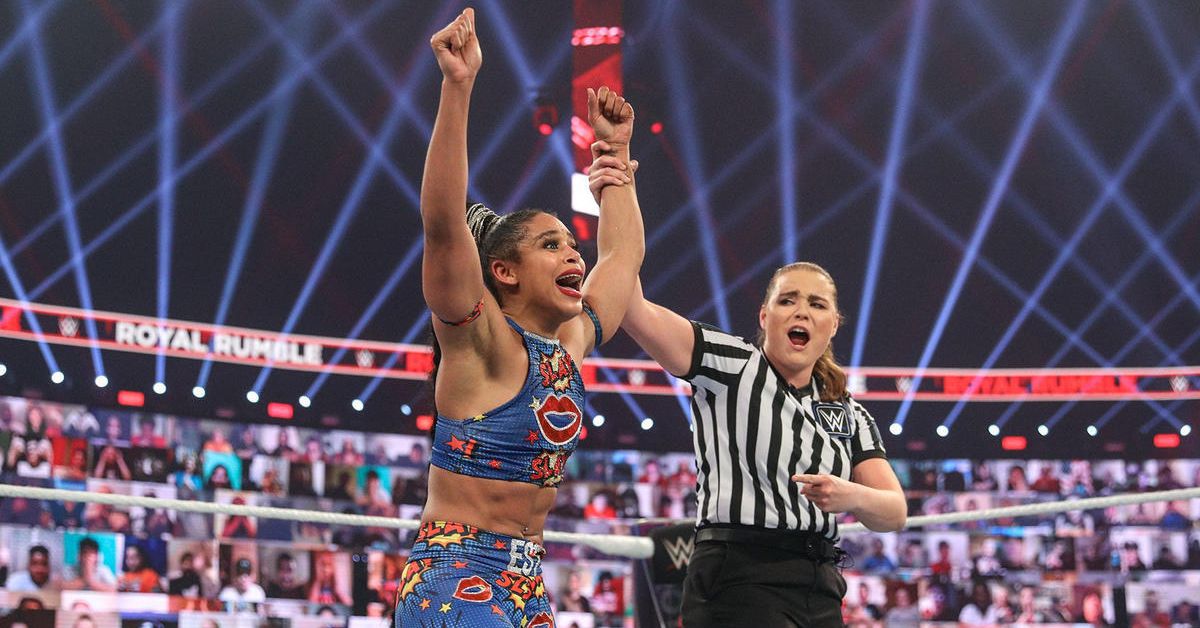 Although the Women’s Royal Rumble has only existed for five years, current Raw Women’s Champion Bianca Belaire is arguably the greatest performer in its short history. She was only involved in three of those five matches but had 13 eliminations, one win and was Iron Woman in all three:

Only Stone Cold Steve Austin has been Iron Man on three separate occasions, and the men’s Rumble dates back to 1988. And he didn’t do it three times in a row.

Sadly, it seems entirely possible, and even likely, that his streak will end this year. She will enter this year’s event as the Raw Women’s Champion with a singles match scheduled for her title against Alexa Bliss.

She is then in jeopardy, not even entering the women’s Royal Rumble match and thus not getting a chance to continue her streak. It’s at least possible that she loses to Bliss and has another deep run at the Rumble but that doesn’t seem likely.

Either way, what a run.