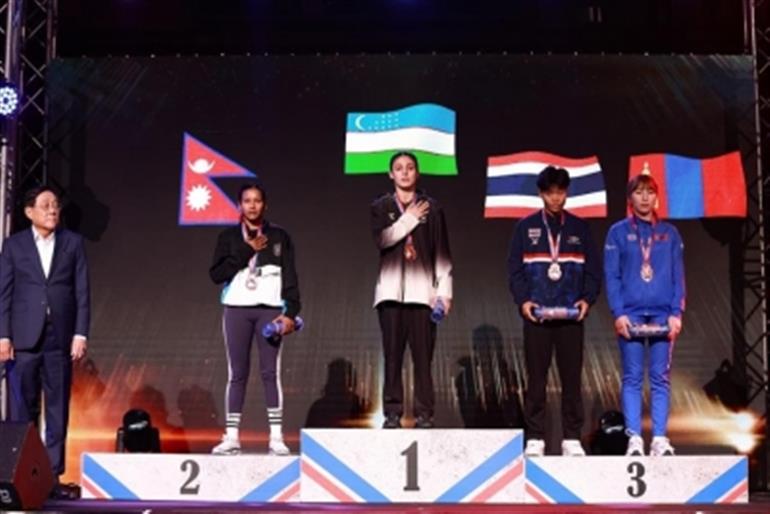 Lausanne/Switzerland: The first leg of the finals of the ASBC U22 Men’s and Women’s Asian Boxing Championships took place in Bangkok.

Uzbekistan showed the best result with five out of eleven gold medals on Wednesday. Host country Thailand was second with three gold medals, followed by Kazakhstan with two and Mongolia with one, the International Boxing Association (IBA) said in a statement.

The first bout between Nepal’s Tamang Susma and Uzbekistan’s Fozhilova Farzona in the 48 kg weight category ended with the undisputed victory of the Uzbekistani athlete after 3 rounds.

“Emotions are very good. I am grateful to everyone who supported me and our team. I want to thank my coaches who worked hard for this win. I fought hard here in this championship against really strong opponents. I want to thank the organizers who This event has done at a really high level”, said an emotional Farzona after his win.

“Thank you to everyone who participated in this championship. Also, to the Thai people, who supported me in this competition, everyone who supported me. It was a little difficult for me to come here, because in this competition I had a face-off. I lost to a boxer in the past. . This is a big, big win for me. I feel fully prepared for the next championship”, said Thai Buapa Parntip.

“First, thanks to the Almighty, I dedicate my victory to my country! I want to express my gratitude to my coach Yıldız Saidalın. I had a tough and strong opponent, but it was a great experience for me. In the final, my opponent from Uzbekistan was very strong. , after all she is a World Championship finalist. But my coach helped, and I learned her fight well and we developed our strategy against her”, said Jasmin Kizatova.

The second leg of the finals of the ASBC Asian Under-22 Boxing Championship will be held on Thursday with the men’s bouts.