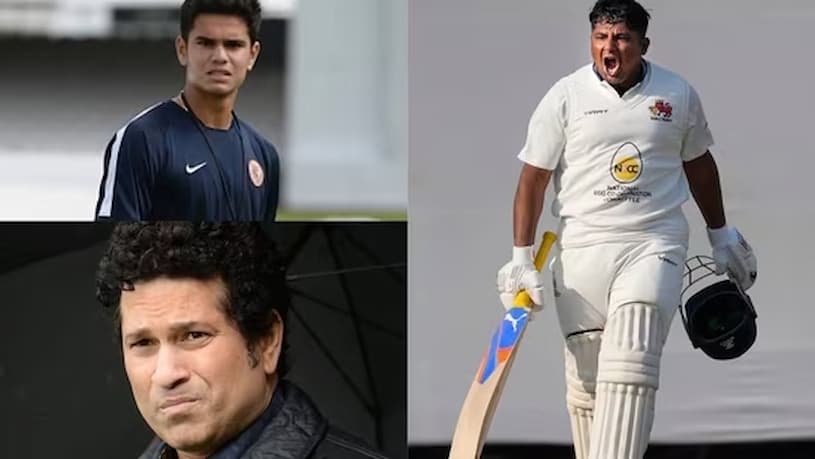 Naushad recalled a touching story about his younger son’s innocence in which he briefly compared his life with that of Arjun Tendulkar, son of India’s legendary batsman Sachin Tendulkar, with whom he often played or met early in his career.

Recently, Indian cricket has been in the discussion about Sarfaraz Khan. Sarfraz has created quite a stir in domestic cricket over the past few months due to the sheer number of runs he has been scoring.

Although he is yet to get his first India cap. Fans and pundits expressed anger that he had not been selected for the national team in the past.

However, despite the outside noise, the 25-year-old kept his composure as he scored another century in the Ranji Trophy two days after not being selected in the 17-man squad for the first two Tests against Australia.

Sarfraz’s life was not easy. Naushad Khan did odd jobs to support his son’s dream of becoming a cricketer and make ends meet.

As a result, Sarfraz values ​​his father’s support more than anything else, which probably helped him maintain his composure during his ongoing battle with denial.

When Naushad spoke to The Indian Express, he recalled a touching story of his son’s innocence. In it he briefly compared the life of Arjun Tendulkar.

Son of India’s legendary batsman Sachin Tendulkar, with whom he often played or met early in his career before realizing the significance of his father’s sacrifice.

“Dad, Arjun ki kitna nasibwala hai?” Arjuna has a lot of luck. As his father remembers, he is Sachin sir’s son and owns everything—cars, iPods, everything,” comments a young Sarfraz.

Naushad was speechless, but he remembers his son rushing back to him, hugging him and saying, “I’m luckier than him.” You can give me all day. His father cannot accommodate him.

Sarfaraz has been scoring runs in the Ranji Trophy in an attempt to make the Indian Test squad for the upcoming Border-Gavaskar series against Australia at home.