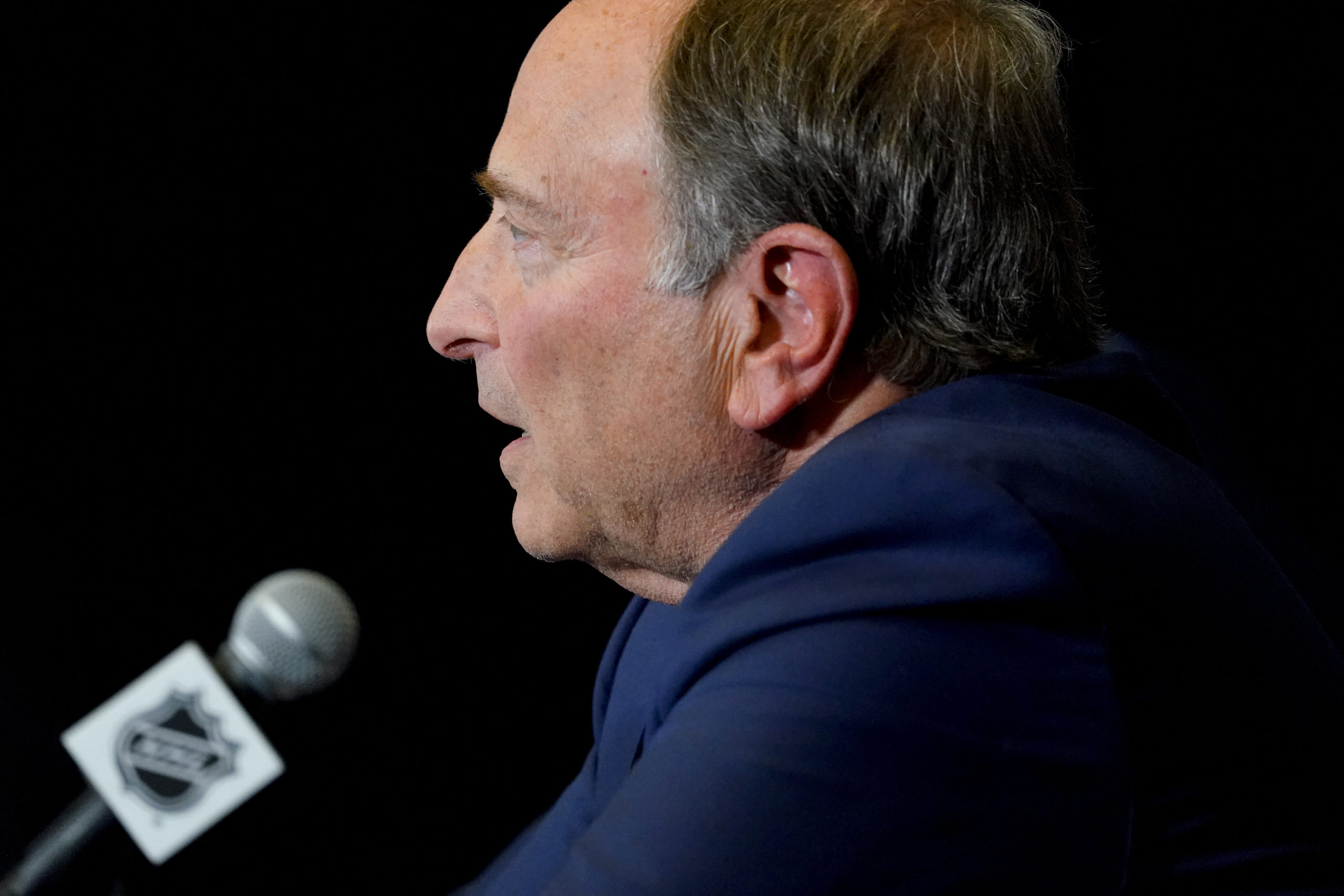 We’re just a few weeks away from another NHL All-Star Weekend, and this time it’s down in Florida.

On Thursday, the NHL announced the remaining 12 players (3 from each division) who will represent their division in the South.

When the remaining 12 players were announced, you know there was obviously some debate about who was left out of All-Star Weekend and who didn’t deserve to go, and if we’re being honest, I agree with some of it.

Now, don’t get me wrong. There’s no disputing that there are some very skilled and worthy players on these four rosters going to the All-Star Game, but there are also some players who are a bit questionable in my opinion.

You have a handful of players potentially left out of going to the All-Star Game because each team has one player out of the rules and their only chance to go is up to fan voting. However, fan voting only allows three players to go (two skaters and a goalie), so the odds are now even slimmer.

The tweet below shows the results of the fan vote and I think every player here deserves a spot in the All-Star Game, but there are still some players who got ripped off and their spots were taken by players who didn’t quite deserve it. It’s this season.

Auston Matthews was the only Toronto Maple Leafs player to receive a vote from the fan vote, along with Atlantic Division teammates David Pastrnak and Andrei Vasilevskiy.

If you look at the early selections for each division’s roster, you’ll see the Atlantic had zero defensemen, the Metro had zero, the Central had three and the Pacific had one. With fan voting, only one other defenseman received a vote, and that’s Adam Fox of the New York Rangers representing the Metro Division.

So if you look at each division’s roster now, here’s how it shapes up:

I know it’s only the All-Star Game and it’s all for fun and it’s for the fans to entertain, but how are you going to have zero defensemen representing the Atlantic Division and only one in the Metro, but four in the West with three? Are they central? Not to mention that Seth Jones is the only Blackhawks player representing their team. No offense to Jones or the Blackhawks, but this is where each team’s rules are dumb in my opinion.

If you look at the Atlantic with zero defensemen representing their division, you tell me, Rasmus Dahlin of the Buffalo Sabers doesn’t deserve to be selected as an All-Star? I know Taz Thompson was originally drafted to the Sabres, and rightfully so, he’s having an MVP-type season for his team, but Dahlin is second among NHL defensemen in points and goals and third in assists, and he’s not a – star in 2023? come on now

I understand that the NHL wants each team to send one player, but I disagree. Rasmus Dahlin is one of a handful of players who, in my opinion, is out. Another would be William Nylander of the Toronto Maple Leafs.

Nylander is over a point per game and still on pace for his best season, but guys like Dylan Larkin (DET) and Nick Suzuki (MTL) who aren’t even a point per game heading into Florida? I don’t understand it.

I did a poll on Twitter asking people what they wanted to see during All-Star Weekend in the NHL, and here are the results:

Do you think the NHL should keep their current All-Star format with one player from each team rule and four different divisions facing off against each other?

What I said about unbalanced lineups is that some divisions have zero defensemen and some have four, some players are left out and some are only selected due to one player from each team rule even though they are not eligible for this selection. season, I think it’s time for the NHL to go back to the old All-Star format with the live fantasy draft that they did in 2011, 2012 and 2015.

Just imagine how much fun it would be for this generation of hockey fans to enjoy a live fantasy draft on TV where some of their favorite players are being drafted yet again, but this time, on an all-star team.

The NHL can choose captains based on the league’s top two leading point scorers at the time and those two can lead their respective teams and have the next four players on the scoring list as alternate captains to help their captains fill out the rest of their roster. .

In 2011, the NHL selected 36 players for the All-Star Draft and added 12 rookies with them for a total of 48 players. In 2023, we have 44 players spread across four divisions heading to Florida. However, if you look at the rosters in 2011, 24 players were selected in the East and 24 in the West, and for the actual games played later, they each had two rosters of 21 players (12 forwards), 6 defensemen, and 3 goalkeeper.)

If the NHL were to do this today, they could do the exact same thing and forget about entire divisions.

Obviously, looking at this list of players I put together, there are some teams that don’t have players representing their team. The NHL could go this way or if they are very strict about bringing at least one player from each NHL team, I’d say expand the rosters a bit and allow the appropriate players to attend All-Star Weekend, whether it’s for the actual All-Star Game or For the All-Star Skills Competition.

If so, drop the four divisions and do an East vs. West or live fantasy draft like they did in the early 2010s and 2015 with two team captains.